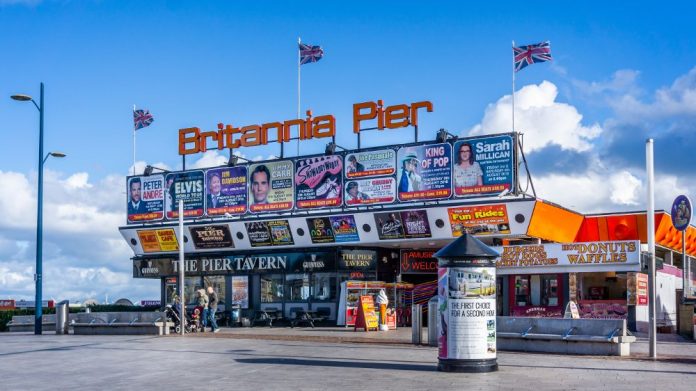 With a re-opening date now in sight, attractions up and down Great Yarmouth’s Golden Mile are preparing strict social distancing and safety measures in order to return to business.

Amusement facilities across Great Yarmouth are preparing to reopen their doors over the coming weeks, as the government finally signalled the beginning of the end of a devastating lockdown.

Attractions in the Norfolk resort have begun implementing new social distancing and safety measures ahead of the ‘new normal’, with Hippodrome Circus owner Christine Jay telling the Eastern Daily Press it would cut theatre capacity “by up to two-thirds.”

However, the report added: “Mrs Jay was confident of being about to reopen the indoor adventure golf in the former Windmill Theatre, as the holes were the required distance apart.”

“Outdoor crazy golf courses would also be able to demonstrate they could operate within guidelines.”

Further down the Golden Mile, traditional seafront amusements such as the Pleasure Beach are also putting plans in place to welcome guests as safely as possible.

“At Great Yarmouth’s Pleasure Beach, Albert Jones said he was looking to operate a closed gate limiting the number of people in the park and on the rides during various time slots,” reported the paper.

“The numbers had been calculated based on the current two metre guidelines. Entry would be cheaper than the current wristband prices and turnaround time on rides likely longer.”

Though reopening may soon be possible, the pandemic has already affected the park’s ride offering, with the new £500,000 Lightning 360 ride – initially set to be installed in April – still held up by travel restrictions in Italy.

Elsewhere, Britannia Pier Family Amusement owner Andy Green stated he is “keeping a watching brief” on the unfolding regulatory scenario, while a spokesperson for The Arc Cinema stated “we are working very hard on, and have given a huge amount of thought to, a wide range of measures.”

“Areas being worked on include changes to our ticketing systems, scheduling, and foyer to support social distancing; improved sanitation procedures and extensive staff training.”