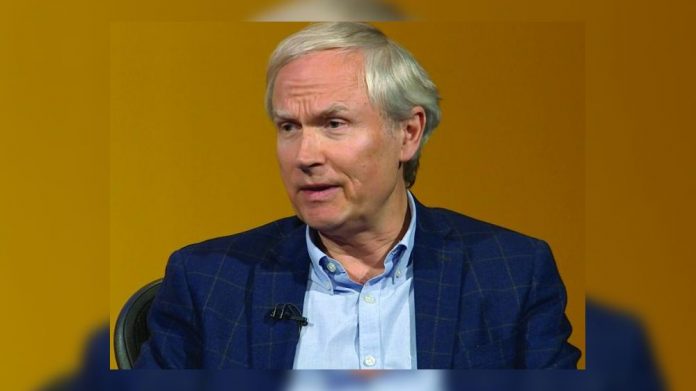 In between the woke and the waverers, it takes a brave person to challenge the roadmap to re-opening. Throwing down the gauntlet with some uncomfortable questions was Brighton Pier Group owner Luke Johnson who took to the Question Time platform to push the debate forward.

Serial entrepreneur Luke Johnson, who is best known to the amusements industry in his capacity as owner of Brighton Palace Pier and the Majestic Bingo brand, caused controversy after his appearance on last week’s edition of the BBC’s flagship current affairs discussion programme, Question Time.

Highlighting the need for context and proportionality in the government’s lockdown strategy the Brighton Pier owner argued that the number of fatalities among under-60s without a known underlying health condition (350 deaths) was on a par with the 400 people who drown in the UK every year.

Addressing host Fiona Bruce, Luke Johnson said: “I tell you what disappointed me the most about the prime minister’s speech on Sunday is that he repeated the line… that we’ve avoided half a million deaths.

“I don’t think this country was ever facing half a million deaths. I think that was a ludicrous exaggeration and it was scaremongering. I wouldn’t be surprised if we have two million more unemployed people within the year,” adding: “Imagine the agony of two million more people. How many deaths might flow from that?”

Sridhar, who has been advising the Scottish government on the virus, said that it was those countries that adopted drastic early measures to lockdown that were able to open their economies earlier in the cycle. She told the Question Time audience: “We keep putting the economy versus public health and I think that’s a mistake. These are both on the same side. Containment and public health is good for the economy. We would lose a lot of people if we took the strategy of reopening the economy rather than trying to suppress the outbreak, wait for a therapeutic, wait for a vaccine.”

For Johnson, however, the commercial voice was a powerful one, and a message that had been gaining traction over the past two weeks,not just from seaside businesses but also from the general public who were becoming increasingly testy towards the lockdown policy prior to Prime Minister Johnson’s unlockdown address.

The comments from Luke Johnson won significant favour from other industry colleagues. One pier operator told Coinslot: “You’ll always be considered controversial when you say it as it is, especially when sensitivities are so high. But the fact is, Johnson’s right and we need people to be brave enough to make these points. Otherwise we’d be in lockdown for the rest of the year, whilst everyone around the world is maintaining lower Covid figures and opening their leisure venues with a one metre social distancing right now. He challenged the decision and drove a really important message home.”