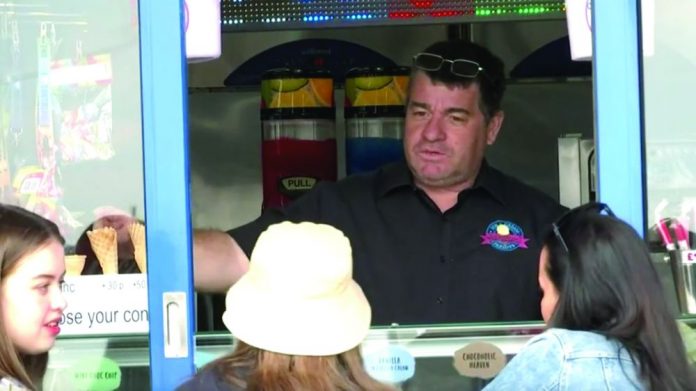 Weeks of wrangling between coastal traders and the town council in Southend-on-Sea resulted in a partial opening this weekend for ice-cream vendors and other seaside take-aways. At the very centre of the campaign was industry figure Martin Richardson who was flying the flag for operators up and down the country for movement on the arcadians side.

There were the first tentative signs of a return to normality in Southend-on-Sea last weekend, with seafront ice-cream shops and other food and beverage outlets offering takeaway service to visitors taking advantage of newly-relaxed lockdown restrictions.

With the government now permitting the public to visit areas of natural beauty, chairman of the Southend Seafront Trade Association Martin Richardson, the owner of Happidrome Arcade, saw to it that he and his fellow traders could be up-and-running (albeit in limited form) to greet those who had ventured out to the resort for a bit of sea-breeze and fresh air.

“If we get it right, then it could be the precedent to getting the arcades back open, the pubs back open, the restaurants back open, and getting a kick-start back to the seasonal communities on the seaside,” he continued. “So this is very important to us that we get this right, but also, the public have got to get it right as well.”

But getting the resort’s seaside food and beverage offering open in conjunction with the easing of shelter-in-place regs was no small feat: Richardson later explained on social media that a return to trading on Saturday had been “the result of weeks working alongside our council.”

Indeed, though Richardson was successful in convincing the local authority to permit some limited openings, councillors in the town are still sticking to the line that “Southend is Closed,” a refrain which Richardson has argued “is easy for them to stick to as non-business owners.”

Still, after weeks of meetings and wrangling with legislators, Richardson and his colleagues came to an agreement: traders would maintain strict social distancing and hygiene standards as well as limit the amount of available seafront parking, and in return be given the green-light to a quiet, phased re-opening.

“We didn’t plaster the media with “we’re open” messages, we just let it happen slowly, working alongside our council,” Richardson explained. “It’s not all open, but it’s a step in the right direction.”

As for the punters themselves? Richardson said he found a stream of customers “that were very welcoming.”

“Most wanted to get out of cabin fever and enjoy the fresh air,” he said. “It was a real success – and bench-mark to get the whole industry back open.”