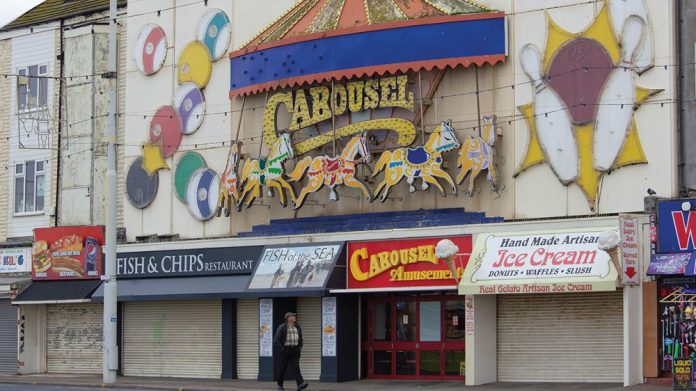 Whilst Covid-19 may not discriminate as to whom it infects – the same can’t be said for the economic damage caused by lockdown, with a new study confirming that leisure-facing resorts like Blackpool will be forced to bear the brunt of monetary hardship.

A new report by think-tank the Centre for Cities has once again highlighted the degree of regional disparity in Britain when it comes to the economic impact of the country’s ongoing lockdown misery.

As highlighted by Vice this week, the new research singled out Crawley in West Sussex as being the most at risk community in the country, given its dependency on the aviation industry (due to its proximity to Gatwick airport) for the bulk of its employment.

But with its overwhelming reliance on the tourism and hospitality sectors, Blackpool was found to be a close second in terms of potential long-term damage: with the lion’s share of its public-facing businesses relying on seasonal trade to high volumes of customers.

“I was shut down for four months before this started and was only open for three weeks before I was shut down again,” Chris Higgitt, the owner of Higgitt’s Las Vegas Arcade near the Blackpool seafront, told the hipster news outlet. With a £1 “burger bar” being a key sell to getting punters through the door, Higgitt could have technically remained open as a take-away only restaurant, but claims that such has been the level of footfall on the nearby promenade, that it would be impossible to turn a profit.

Higgit’s predicament – and those of a countless multitude of business owners like him – is seemingly understood by the local authority, who acknowledged to Vice that “roughly half of the economy [in Blackpool] is not working.”

“We’re talking here about an economy of around £3.8bn, of which £1.8bn is from tourism,” Blackpool Council communications and regeneration director Alan Cavill remarked. “It’s a bit of a double whammy for us…we’ve got everything everybody else has got, plus the fact we’re reliant heavily on an industry that requires people to interact.

And of course, it’s not as if Blackpool went into this on a level playing-field with other, more affluent parts of the country – as Cavill went on to concede.

“We have the most concentrated deprivation in the country,” he said. “There were a lot of people already adrift. If there are no prospects for them at the end of this, it could easily make things worse.”