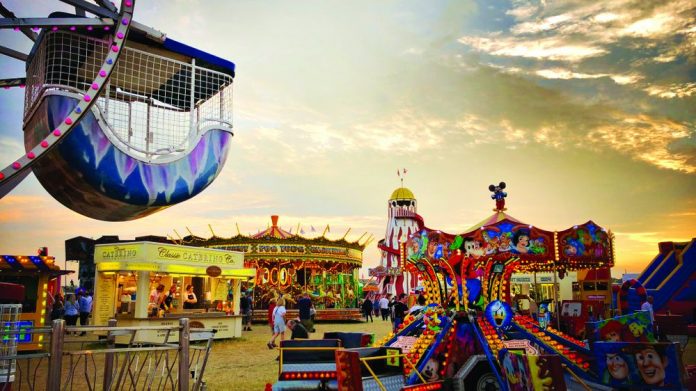 In a special report on the impact of Coronavirus on industry, fifth generation showman Charles Cole told the BBC that the travelling funfair business “could possibly end now” if no financial support is forthcoming.

Fifth generation showman Charles Cole has warned the Coronavirus pandemic could spell “the end of the British travelling fairground” as fairs around the country sit idle while outgoings continue to mount.

As part of a special report on the industry during the crisis, the Southampton-based operator told the BBC that with insurance payments, living expenses, and credit plans still costing money while fairs are grounded, showmen are in a precarious position.

“We’ve got a full funfair, all waiting, with nowhere to go,” said Cole. “If you wanted to set up in the next field we could supply you with a full fair, from kiddie rides to strikers to dodgems.”

“We’re trapped, at the end of the day. We’re like a bird that’s used to flying free and now being put into a cage.”

Though the funfair industry generates £100m annually, the difficulty for many operators is that a high percentage of the 4,000 hi-spec attractions are bought on credit, with payment deferred across the season.

However, with Cole noting “basically the whole season’s gone for us,” the financial prospects for fairs like Cole Amusements are increasingly uncertain.

“We can’t sell it because nobody wants to buy anything,” said Cole. “So the only way out of this for me by the look of it is to refinance.”

“I’ve been told by a big finance company who I deal with that there is over £40m in the country owed by showmen because of the way of the world now, you couldn’t have the equipment without having finance.”

With fairs employing over 25,000 workers across the UK, Cole urged the government to respond to one of the community’s rare calls for aid.

“I’ve been paying my taxes ever since I’ve been in my twenties, you never actually hear about showmen because we keep our head down and do our job, right? We don’t go asking for handouts from the government but this time we need some help somewhere.”

“It’s very serious. People don’t realise what the fairground provides for the local community, and this could possibly end now. There’s no light at the end of the tunnel at this present moment.”