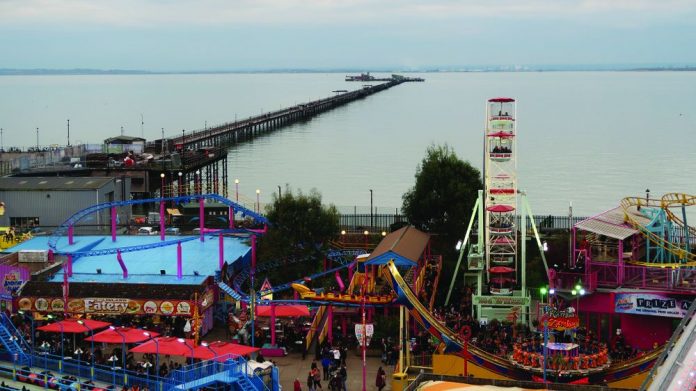 Two prominent voices from Southend’s local authority have pushed back against newly-relaxed lockdown measures, with council leader Ian Gilbert saying he may well shut down the seafront to dissuade visitors.

The head of the local authority in Southend-on-Sea has said that he will consider defying newly-relaxed government guidelines permitting visits to beaches and parks, and may even shut the seafront in an effort to ward off the potential for what he says could be a surge of infections within the local community.

New advice from Westminster is that outdoor exercise and socially-distanced sunbathing in outdoor spaces such as parks and beaches is safe and permissible: but Southend Council leader Ian Gilbert isn’t convinced – claiming to be “very concerned” as to policies he says will be nigh-on-impossible to properly enforce.

“I am worried about how we can enforce or maintain any sort of physical distancing because it is hard to see how we will stop large crowds from visiting the seafront when people have effectively been told by the government it is okay to go to public places,” said Gilbert to local newspaper the Echo News. “We will be speaking to the police and community safety colleagues about what we can do over the next few days.”

Indeed, the fact that nobody tasked Mr Gilbert with policing their own choice to visit a public space – be it with a group of friend or otherwise – didn’t seem to bother him all too much. Quite the contrary, Gilbert acknowledged that such a radical deviancy from the national advice – closing the seafront completely – “runs counter” to government guidelines, but nevertheless said he would “not rule out anything at this stage.”

Meanwhile, fellow councillor Martin Terry seemed aghast at the fact that the government had “passed responsibility to individuals” as to where they could come and go – and was practically begging for the strong arm of the nannystate to tell he and his colleagues how to apply their common-sense.

“What I find deeply frustrating is that we have gone to the highest echelons of government and asked repeatedly what guidance they can give to seaside towns,” he bemoaned. “The government aren’t giving any specific advice and they need to do that.”

Over the weekend, Terry was so incensed that he urged the council to tighten restrictions.

“I think that we need stop checks on the road and officers should ask them ‘are you a key worker?’ If they aren’t, issue a notice or a fine and turn them around.”