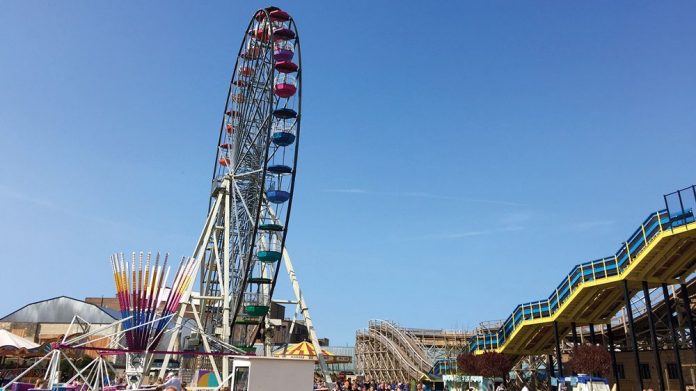 The iconic amusement park is letting most of its staff go, citing the lockdown as having cheated it of any prospect of profit for the year. Dreamland is having a nightmare 2020 season.

Dreamland Margate has confirmed that it will remain closed for the rest of the year – and make the majority of its workforce redundant in the process.

The seaside amusement park, which was due to hold its 100th anniversary celebrations this July, said that the unprecedented duration of the government’s economic lockdown had effectively forced its hand into delaying opening until next spring, and pushing it into an unenviable position of axing 52 members of staff.

“Not only have we missed the vital Easter opening season, but restrictions are also likely to continue for leisure businesses like ours for the remainder of the summer – our busiest period,” explained Dreamland chief executive Eddie Kemsley. “Beyond lockdown social distancing means, we must prepare for a substantial drop in predicted visitor numbers and income for the remainder of the year.”

Despite a bumpy start following a major rebuild effort in 2015, Dreamland has performed well in recent years: with footfall in excess of 650,000 during the April to September season last year.

July 3 would have marked 100 years since the introduction of its iconic “Scenic Railway” saw the site launched as one of the country’s earliest theme-parks, and Kemsley said in honour of the occasion management had prepared “an incredible line up of talent” as well as a raft of free-to-enter family events throughout 2020 which would now no longer be possible. “The costs of running an amusement park with no guarantee of attendance coupled with the uncertain future of public gatherings represent a financial risk to Dreamland,” Kemsley explained. “Therefore, it is with a very heavy heart that we have taken the decision not to reopen Dreamland’s amusement park for the summer season.”

It is understood that all impacted staff will be kept on the furloughed payroll until July 1 when government relief funding is anticipated to end. Around 20 staff-members will keep their positions, with Kemsley claiming that the park’s business strategy would “remain fluid” as to the re-hiring of those it was due to let go.

As if the loss of its business, 100 years of history and a magnet for the town of Margate, the best local county councillor Karen Constantine could come up with was it’s “a great shame,” adding, like a cleaver in the back, that she had written to Dreamland to ascertain whether the park had complied with the terms of the Consultation of Employees Regulations.

“I’d like to know how managers are complying with their legal responsibilities,” she said. “Employers must play their part in our time of national crisis by protecting jobs as far as possible.”