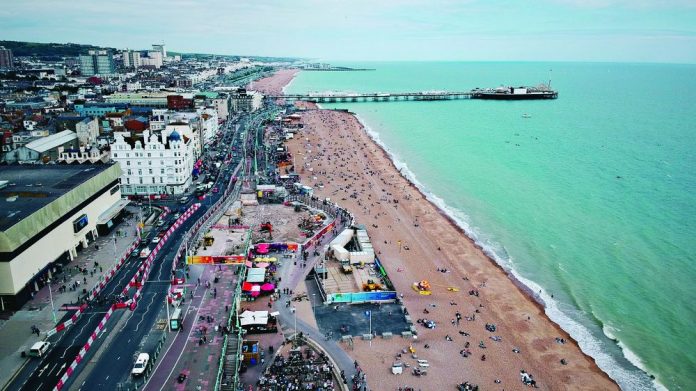 The head of one of the UK’s most important free-to-visit attractions, Brighton Pier Group’s Anne Ackord, said the Boris re-opening roadmap still leaves her and her colleagues in the lurch and scratching their heads as to when they might open shop.

Brighton Pier’s chief executive Anne Ackord has expressed dismay at the lack of clarity in the prime minister’s supposed “easing” of lockdown measures announced on Sunday, highlighting that neither she nor any other hospitality stakeholder still had no idea when they might be permitted to reopen.

In an interview with the Brighton Argus on Monday, the Brighton Pier Group CEO said that whilst the company was already in the process of adapting the Palace Pier, which has remained closed since March, available for visitation as per social distance guidelines, its parent company was still none-the-wiser as to when exactly the public might be allowed to return.

“We had been hoping for more detail and a closer potential opening date so that we can reassure our teams that they will be back to work and make firm plans to create a safe environment within as-yet unspecified parameters,” she said. “We are currently adapting the pier to allow social distancing and additional hygiene practice…[but] we are still, however, in the position of not knowing when we can open.”

Ackord went on to point to the conditions of Boris Johnson’s so called “road-map” to reopening, which cite a vast amount of testing for the virus as a pre-requisite for a “stage three” opening of the economy, which would include leisure and hospitality businesses.

Whilst Ackord acknowledged that this testing stage would be “vital” to public health, she also pointed out that “any anticipated opening date is so dependent upon these criteria being met that it cannot be taken even as a rough guide” as to precisely when attractions such as hers might welcome back visitors.

Furthermore, Ackord argued that it wasn’t just the BPG bottom-line which was at stake: maintaining that the long term health of the wider economy of Brighton and Hove was now effectively on the line.

“With the government’s own estimate of potentially an additional two million unemployed in the second quarter of this year, many in hospitality and leisure, the future looks very fragile for those who, for various reasons, cannot weather the storm,” she remarked. “Those that can’t are very much in the thoughts of all of us in Brighton and Hove’s visitor economy sector.”