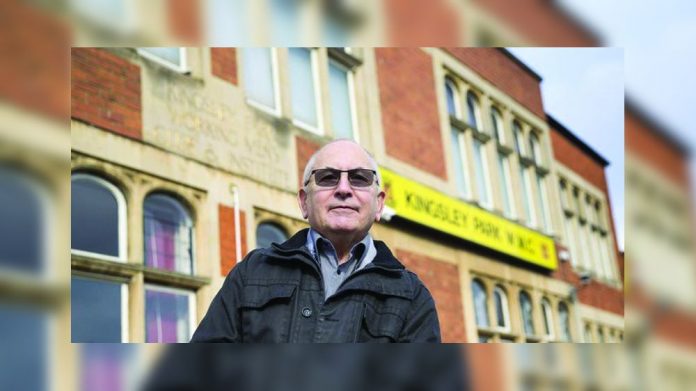 A choicely-worded letter by Northamptonshire working men’s club veteran Barry Slasberg to APPG head Carolyn Harris has called time on her denouncement on a VAT decision which could prove a lifeline to an industry in distress.

A prominent member of the Working Men’s Club and Institute Union has written to Carolyn Harris MP, reprimanding her for encouraging HMRC to continue its dispute with the industry over a massive VAT rebate.

April saw a tribunal decision rule in favour of both The Rank Group and Betfred in claiming back millions of pounds in VAT that the government had been erroneously charged on gaming machine revenue prior to regulation changes in 2013. The ruling has the potential to be one of the most significant legal decisions for the gambling trade in recent times – paving the way for a vast multitude of smaller operators to claim back what some analysts predict could be as much as £1.5bn.

With a complete cessation of trading for the landed sector, the news of the rebate has served as a small cause for celebration during difficult times – but that didn’t stop responsible gambling APPG head Carolyn Harris from swiftly denouncing the tribunal’s decision.

In a tweet last week, the Swansea East MP spoke of her “bitter disappointment” at the ruling, adding that her “sincere hope” was that the Treasury launch an appeal to hold onto its gains.

So insensitive were her remarks that Working Men’s Club veteran Barry Slasberg saw fit to personally write to the parliamentarian, in an effort to make her see sense.

“If you had been paying too much tax over a period of years and HMRC lied through their teeth to avoid giving it back, would you simply lie down and accept the loss?” Slasberg posited to Harris, drawing on 43 years of experience running Kingsley Park Working Men’s club in Northamptonshire. “The law is clear. If HMRC get permission to appeal and frivolously spend millions of pounds of taxpayers’ money, it will simply be a crime.”

“The law is on Rank’s side,” he added. “If you disagree with the law you are perfectly entitled as an MP to work to change it. Your are however not entitled to encourage HMRC to flout it.”

In an extremely personal and heart-felt letter, Slasberg wrote: “Please forgive me for intruding upon your valuable time, but having read your comments about this case I feel compelled to express my very real concerns.

“HMRC have done everything they can to achieve your preferred aim. In 2014 they defrauded about 3000 businesses; many in the not-for-profit sector social and sports scene. They lied to me and tried to ignore me. I have documentary evidence to confirm these allegations.

“The fact is that despite HMRC’s best, or should I say worst efforts, three of the highest courts in the land found HMRC have no case. Their machinations to reclaim refunds in 2014, whilst successful, had no basis in fact. Now they have actually refunded Rank as the lead case, they are obliged to make refunds to the 3000 businesses lined up behind Rank.”

But this is a case that Slasberg has been fighting for decades and his own personal campaign embodies the true emotion and human side of the battle; his strenuous efforts are constrained not just his own condition of Parkinson’s Disease, but also by his role as a carer for his wife who, too, suffers from the disease.

A position which makes his words so much more meaningful, especially to an MP who has built a reputation for caring less about the meaning of her own words and more for the impact they may have on the target of them.

But as Slasberg concluded, not everyone in this current case is a big corporate betting beast – the very ones Harris thrives on tackling: “Please have a mind for all those people who have already or may lose their jobs because of this travesty.

“I am sure that once you have considered the big picture you will be willing to retract your encouragement of HMRC to continue.”

Barry Slasberg’s correspondence offers an interesting, and possibly defining test of the character for the parliamentary private secretary to Labour leader Keir Starmer. There are many within the industry who will be hoping she responds in a manner becoming of a politician that commanded a standing ovation at the 2018 Bacta Convention.