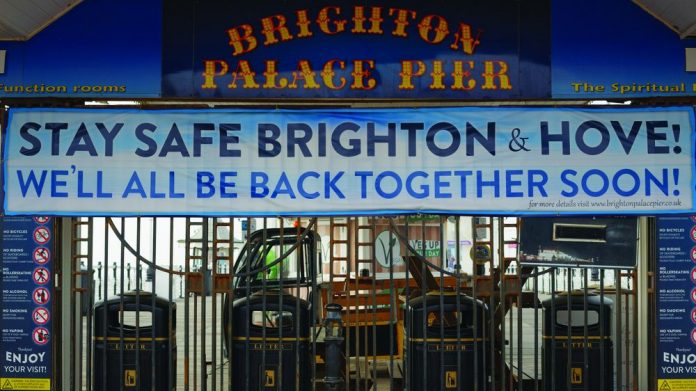 With FECs and AGCs still paying operating costs of up to 55 percent while locked down, Bacta has called for more support from the government while publishing it’s plan to safely return morale-boosting entertainment back to Britain’s high streets and seaside resorts.

Bacta has asked the government for increased support and an extra bank holiday as it unveiled plans for reopening operations while keeping customers, staff and businesses safe.

The report entitled ‘Returning the FUN to Britain’s High Streets and Seaside Towns – A plan to get the amusement machine sector back to work,’ has been distributed to government, associated trade bodies in the leisure sector and the press.

It reveals that operating costs are still up to 55 percent of normal, despite the fact that there is no income during lockdown. The report also points out that the supply chain is not protected by current government support offered to public-facing businesses. Even those who do get rates relief and grants find the latter capped at £51,000 – which is insufficient for many, including larger seafront arcade premises. In addition, the seasonal nature of the industry means that amusements are worse hit than many other UK businesses.

With tourism and hospitality being hit especially hard by lockdown measures, Bacta has called on the government to provide special measures. It wants to see a continuation of the Job Retention Scheme for the duration of business closures and maybe beyond for seasonal businesses, as well as 100 percent rates relief for 2020/2021 including supply chain and continued into 2022. Furthermore, the trade body has asked for a tapered increase in grants for businesses with a rateable value of over £51,000, with deferral of indirect tax payments until summer 2021 including PAYE, VAT and MGD, as well as premises licence rebates from Local Councils and rebates from Gambling Commission.

“We believe this will be relatively inexpensive support for our industry from a government perspective, possibly within the tens of millions. Pre-Covid-19 our sector generated over £1.6 billion in revenue and contributed £2bn to the UK economy, supporting over 34,000 employees,” said Bacta CEO John White. “We also call for an additional late Summer/Autumn Bank Holiday to make up for the ones our members missed around Easter and Whitsun.”

While the measures suggested by Bacta won’t nearly recover the losses incurred by the industry, they may keep some of Britain’s most crucial businesses alive. Crucial, because what Britain will need most after the lockdown is over, aside from basic necessities, is a boost to morale. The biggest fans of seaside amusements, British families, have suffered in innumerous ways over the last few months, some due to the disease, but more due to lockdown. Childhoods have been put on hold, memorable experiences have been cancelled, and households have been cooped up and bored for weeks, now turning into months. When lockdown finally ends, the government must ensure it can return confidence and boost national morale as part of its strategy to get Britain back to normal, and when it comes to putting smiles on the faces of families, no industry does it better than amusements.