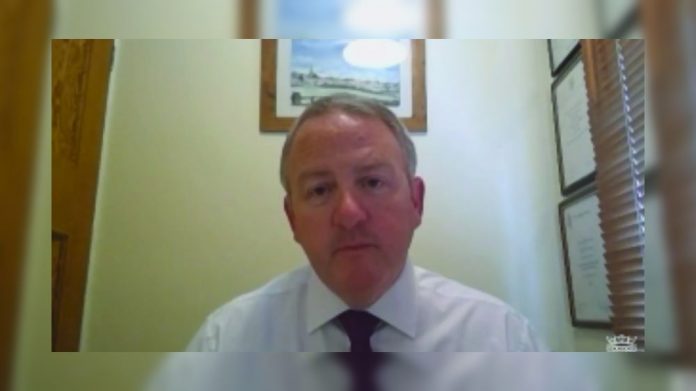 A rather sheepish Neil McArthur, CEO of the Gambling Commission, and a somewhat more assertive Sarah Healey, Permanent Secretary of the DCMS, took questions from MPs this week in a hearing about the recent National Audit Office report. Their answer: Problem gambling rates are low, stable, and hard to research further due to a lack of detrimental impact on health and society.

While finding it easy to list the industry’s proactiveness in a hearing into the Gambling Commission’s effectiveness, CEO Neil McArthur found it a little more difficult to defend the regulator itself.

McArthur argued the regulator’s actions were changing behaviours, pointing to Bacta’s recent proactivity on Cat D, and online betting’s coronavirus-related decision to suspend TV advertising as proof of that phenomena. However, MPs present at the hearing said this self-regulation was merely further evidence that the Commission is “behind the curve”, of both public opinion and the industry.

It was punch McArthur must have found uncomfortable in the extreme. Having spent years effectively undermining respect for the industry through constant assaults on its activity, to find themselves smacked in the eye by the very people they were trying to persuade was not how the Commission would have expected this to go.

And it’s a punch that’s not necessarily good for the industry either. The parliamentarians present have believed the smear – as the oderous saying goes, if you keep throwing shit, some of it’s going to stick.

And it has – to both the industry and, to McArthur’s surprise, the Commission too.

Richard Holden, MP for North West Durham, made it clear they expected more action. Public trust of the industry is down, he said, proving the Commission is not performing effectively.

In reply, McArthur refuted public opinion as an effective key performance indicator and put forward – albeit a little unconvincingly given the parliamentarians’ comments – the idea that the Commission’s widely reported actions, such as record breaking fines, could create a negative feedback loop in which the more action the regulator took, the less effective it appeared.

“The industry has told us that our enforcement can make the industry look bad, but it’s not my job to promote the gambling industry, it’s my job to protect consumers,” said McArthur.

True. But the Commission has important responsibilities, something alluded to in the line of questioning. Holden asked how he was supposed to evaluate the effectiveness of the Commission without KPI’s.

“It’s all very good you want to see a reduction [in problem gambling], but without any parameters for it, how can we possibly judge whether you’re effective or not?” he inquired.

McArthur replied: “The fundamental challenge that we face is how do we balance the risks of harm to some people against the fact that the vast majority of people can gamble and not get into difficulties. 24m adults in the UK gamble, 240,000 seem to be experiencing problem gambling, and that is unacceptable. We must work to get that down. We haven’t set a target, what we want is it to be as low as it can be.”

In a change of tone from the Commission’s usual rhetoric, McArthur added that “problem gambling rates are broadly stable” – implying the rate could already be close to “as low as it can be”. Holding pushed further, demanding an explanation as to why the regulator has no measure to track the impact of its actions.

McArthur responded, somewhat meekly, stating that “demonstrating impact is a challenge”, and after Holden interrupted to ask if the Commission CEO could commit to KPIs on the spot, McArthur replied that he’s “not in a position to commit to KPIs today, but that any problem gambling is unacceptable.”

It was a tough exchange for the regulator – the committee smelt blood and went for it. In fairness, it was not McArthur’s best performance; but for balance, he was up against a committee that seemed to know that this was a dish that it wanted to burn.

The next course, however, was tougher meat. Holden then asked the same of Sarah Healey, Permanent Secretary of the DCMS, who had a more robust answer for the MPs forthright questions.

“[Problem gambling] is actually a relatively low number and we can see that in the actual figures of the problem gamblers that are picked up to give the headline percentages in the Health Survey for England. One year it was 0.7 and that was 56 people, and a couple of years later it was 0.5 and 35 people. Overall, industry GGY has risen and most evidence suggests the percentage of problem gamblers has not, and that suggests the GC has been doing well at keeping up with the various technology,” said Healey. “It’s a legal industry that people are legally allowed to take part in, regulation of it needs to be proportionate and evidence based. I certainly wouldn’t be a fan when it comes to regulation of legal industries or taking action without an evidence based to do so.”

When pressed about why there is not more data on problem gambling, Healey added that “due to relatively low incidence it isn’t picked up during routine engagement with authorities” and that as a behavioural addiction, rather than a physical addiction, it has much less of an impact on health.

Probably the most important words expressed during the session.