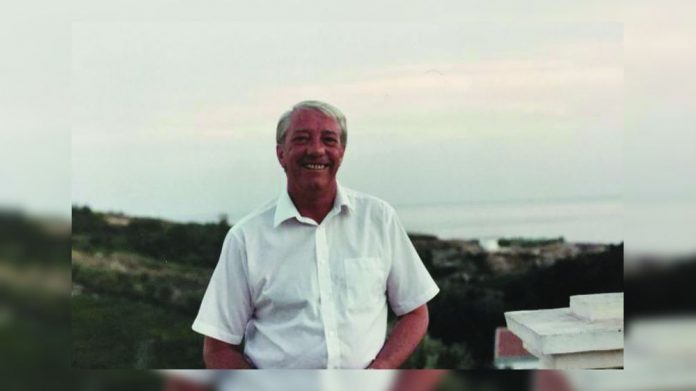 The Workington resident passed away on 20 March at West Cumberland Hospital, with a small number of family in attendance due to Coronavirus restriction measures.

“We were incredibly lucky to be allowed to spend Dad’s final hours by his side,” daughters Denise Roberts and Susan Barton said. “The staff at the West Cumberland Hospital were wonderfully supportive and compassionate.”

“In the coming days and weeks there will be many families who will never have this chance to spend those precious hours with their loved ones, and family members taken away to fight Covid-19 with no-one by their side to hold their hand.”

Born in 1939, Dennis Roberts moved to Workington from Stockton-on-Tees eight years later where he spent the rest of his life – one he shared with extended family of five children, grandchildren, a great grandchild and the Workington Reds for whom he was one of their most loyal supporters. He began his career working for both Butlin’s, and local amusement machine firm Sescomatics.

Aged 51, Roberts founded his own machine company Quality Coin, in order to supply machines, jukeboxes and pool tables to pubs and clubs across Cumbria.

The firm, headquartered in Market Place, Cockermouth, was merged with a larger concern based in Preston in 1988, with Roberts then going on to found Quality Coin Leisure Limited, which dealt exclusively with independent customers.

Though the attendees at the funeral service were limited by Coronavirus regulations, the family have asked anybody wishing to donate in support of the Great North Air Ambulance can do so via John Sandelands funeral directors.