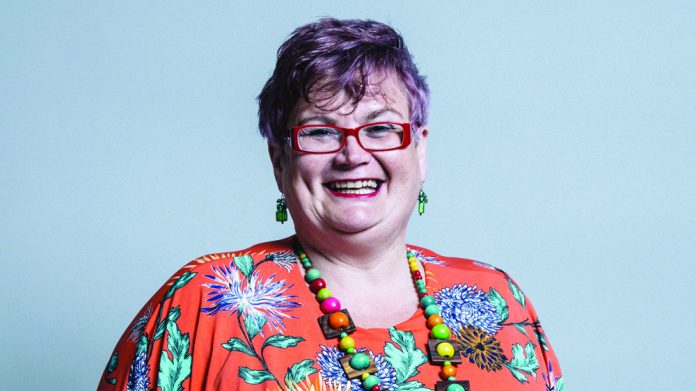 With small gambling businesses on the brink of bankruptcy throughout the country, mean-spirited APPG head Carolyn Harris MP has bemoaned a court ruling which could see them reclaim more than a billion pounds in VAT – monies that should never have been taken in the first place. Is this latest example of an ill-informed Harris rent-a-quote undermining her credentials as head of such an important committee?

Head of the Gambling Related Harm All Party Parliamentary Group Carolyn Harris MP has yet again weighed in uninvited on a matter of pressing importance to operators – with a comment supporting a prospective appeal from HMRC against a decision which could grant machine-operators over a billion pounds in erroneously-charged VAT.

This month saw a tax tribunal rule that both Betfred and the Rank Group were entitled to millions of pounds of VAT paid on FOBT and other slot machine terminals prior to regulatory changes implemented in 2013. The decision was based on the fact that the initial wording of the Gambling Act permitted VAT exemption for other markedly similar automated casino products – and that as such machine operators had borne an imbalanced brunt of tax obligation.

With operators shuttered across the land, the timing of the decision could prove highly consequential: particularly for smaller AGCs working men’s clubs and bingo halls.  Indeed, according to one interpretation by accounting firm RSM, the total repayable figure to the gambling industry as a whole could be approximately £1.5bn – and that’s without interest.

Of course, that hasn’t stopped Harris from expressing her “bitter disappointment” that the ruling didn’t go the taxman’s way – and worse still, a push to go to appeal.

“Gambling companies are seeking to reclaim huge sums of VAT which they believe they should not have paid on FOBTS,” she tweeted on Tuesday. “I sincerely hope that the Treasury challenges this decision, especially at this time when it needs every single penny it can get its hands on.”

In her role as APPG head, Harris has taken up the mantle of former Labour deputy head Tom Watson as parliament’s most voraciously outspoken opponent to the gambling industry. This year alone has seen her give the teeth-gnashing pronouncement that the Gambling Commission’s apparent laxity was evidence it was “no longer fit for purpose,” demand GamCom CEO Neil McArthur’s resignation, and compare the marketing of gambling to the touting of illegal heroin.

Indeed, even when the gambling industry has catered to her whims, Harris has barely seemed satisfied. An announcement this week from the Betting and Gaming Council that its membership had agreed to pull all TV and radio advertisements throughout the duration of the lock-down failed to make any impression on her: with her telling The Guardian that she “wished it could have been made on day one, rather than six weeks down the line.”