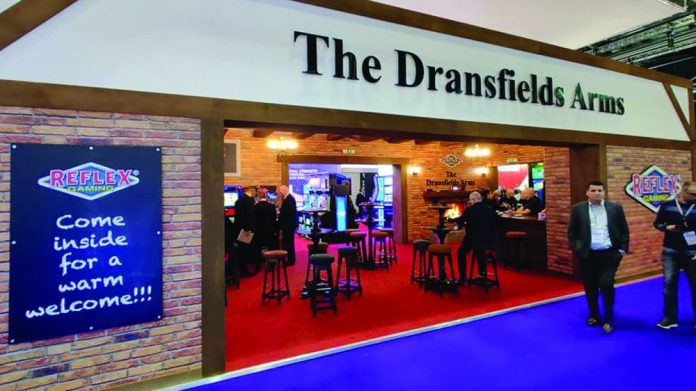 The newly-expanded machine suppler Dransfields enjoyed a healthy gain in profit last year, with director Chris Haley insisting it remains in “a strong position” for the months ahead.

The latest financial report from machine supplier Dransfields detailed a significant gain in profit for the company, as directors said it was “well-placed” to ride out disruption from the Coronavirus lockdown.

Accounts made up to June 30 2019 show the Leeds-based company, which relatively recently acquired both Reflex Gaming and Chilver’s Automatics, posted a profit of £5.9m last year, an increase of £600,000 on its bottomline from the previous year.

In its strategic report accompanying the accounts (compiled prior to the lockdown), Dransfields acknowledged that the gaming machine sector had “consolidated with a number of high-profile international acquisitions,” adding that its purchase of Midlands-based Reflex and the south east’s Chilvers had “created a new and credible alternative choice for retailers” nationwide.

Indeed, this kind of diversification was the key message the company drove home at this year’s EAG and ICE, where it platformed on a show-stealing stand mocked-up as the pub-themed “Dransfields Arms,” a clear nod to its intention to break outside its traditional club-market and into the pub-gaming market.

A pre-coronavirus statement from director Chris Haley said that Dransfields would continue its expansion by way of a further roll-out into digital gaming machines, and that it would “continue to work closely with selected UK manufacturers to influence machine and game design.”

Haley also acknowledged the role technology has played in changing spending habits – particularly amongst younger players, and stressed that the company was invested in building capacity for increased cashless play options.

“If a customer does not have cash it is currently not possible to play a gaming machine in a pub or club and this is impacting on machine revenues,” he wrote. “[We] are working with Bacta in the development of a cashless payment application which will be launched early in 2020.”

Of course, the cessation of trading for nearly all British business will no doubt have put a temporary crimp in Dransfields’ tech and business expansion – but Haley outlined progress of a company that remained on firm-footing to weather the year ahead. “With a strong balance sheet, an excellent credit rating and solid customer base, the directors consider the company and now the group to be in a very strong position,” he said.