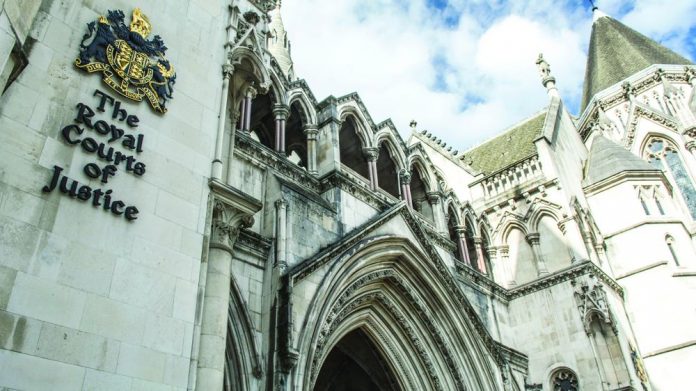 The dust will never settle long on the battle between HMRC and the gaming industry over VAT due on S16/21 and S31/34 machines from twenty years ago. But with the prize estimated at over £1 billion possibly coming back to the industry – or not, the troops and artillery are getting prepared to march toward the battle lines.

“HMRC have fallen on their own sword in the judgement issued by the Upper Tribunal,” said an exuberant Barry Slasberg, a battle hardened former National Executive member of the Working Men’s Club and Institute Union. “My accusation that they took over £36,000 from Kingsley Park WMC in 2014 dishonestly and fraudulently has been vindicated.”

The story of Slasberg’s remorseless war with HMRC has been well documented in Coinslot and numerous non-trade publications for many years. The WMC veteran, still fighting fit in spite of another war-front enemy in the shape of Parkinsons Disease, is buoyed by last week’s Upper Tribunal judgement in favour of the Rank Group, Done Brothers and Tote Bookmakers against HMRC .

He told Coinslot: “There it is in black and white. HMRC by deliberate deception has gained financial advantage to the tune of over £36,000 from my club. That is the Collins Concise English Dictionary of fraud. My assertion is still that; no matter how the courts proceed; HMRC should repay that money gained by fraud to my club and the thousands of other victims forthwith.”

Her Majesty’s Revenue & Customs will clearly take a different view; after all, the Linneweber case has been challenged and defended through hearings, appeals and Tribunals for decades now. And for a signal of things to come, newspaper the Racing Post was able to draw only a veil of smoke from a tax office spokesman who responded to an enquiry: “HMRC is considering carefully the Upper Tribunal decisions before deciding on next steps.”

It doesn’t take a betting man to assume that the smoke emerging from this comment was more likely exhaled from a 1970s children’s cigarette sweet, so transparent as it seems.

If the Racing Post’s assessment is on the nose, the taxman’s consideration is almost certainly going to lead to another round of legal battles. And according to the newspaper, HMRC has good reason to do so: “Two years ago there had been estimates the retail bookmaking industry could receive as much as £1 billion if HMRC is ultimately unsuccessful in its appeal, although that may prove to be an overestimate given the current economic situation.”

One billion pounds is clearly something worth ‘considering’; particularly when you factor in VAT owed back to the UK arcade, pub and club sectors as well. And in a coronavirus hit public funds environment, ‘deciding on next steps’ is more like code for going through the motions rather than reviewing the position with caution. HMRC have a track record in the long game as the Racing Post also highlighted: “A resolution could be months or even years away. In 2016, when tote and football pools company Sportech finally claimed victory over the taxman in its long-running battle to reclaim £97 million in VAT, the decision came nearly eight years after it launched the claim.”

Trade body Bacta was the first out of the starting gate when the traps opened with the news of the Upper Tribunal’s decision to reject HMRC’s appeal against a previous judgement relating to VAT treatment of income from gaming machines.

This week, the association issued a further note to all its members outlining the scenarios that could be expected.

“The Upper Tribunal has held that VAT exemption should apply throughout this period and, while we expect that HMRC will seek leave to appeal against the Upper Tribunal’s decision, they may now be required to settle any claims that were stood behind the lead cases, the notice said.

“If HMRC are required to make repayments, claims will be subject to close scrutiny to ensure accuracy of the amounts claimed before payments are made. Based on our experience of the way in which HMRC repaid claims in the past, we expect that alongside any repayment, HMRC will issue a “protective” assessment, allowing them to claw back any payment in the event that they are ultimately successful in the litigation. These assessments will need to be appealed and stood behind the lead case.”

Bacta knows better than most how paper thin the difference between victory and defeat is; they’ve seen their members win and lose several times over in this long-running legal case. But even so, the industry is being prepped for a possible new engagement.

“We are awaiting HMRC’s response to the Upper Tribunal decision, but in the meantime I would urge you to locate the documents relating to your claims so that you are in a position to progress as soon as any announcement is made,” it concluded, adding that they can direct members to VAT specialists if required.

For operators and businesses at the sharp end of the Linneweber fall-out, however, there’s a strong sense that, last week, they finally won the argument, if not the legals – just yet.

As ever, Barry Slasberg is unequivocally clear: “As a lay person reading a legal document, it appeared to me that the Upper Tribunal was biting its tongue in not referring to the appeal as frivolous. To my mind the appeal was a cynical attempt by HMRC to have more time holding onto ill gotten gains from thousands of vulnerable businesses by abusing due legal process.”

To the people’s judge and jury, it’s a slam dunk – the industry wants its money back. But whether it’s going to be down to an actual judge rests in the hands of, you guessed it, HMRC.

And that manoeuvre is currently being considered “carefully”.