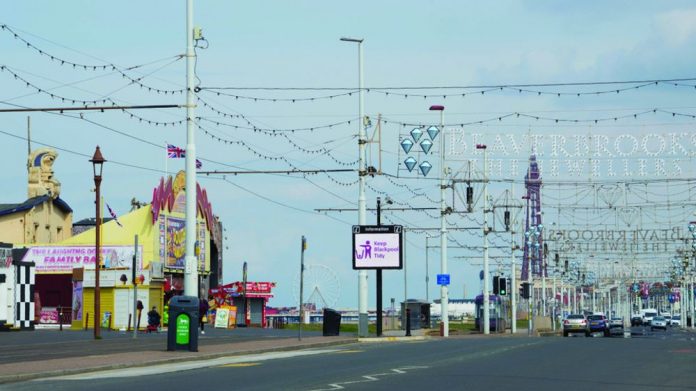 A spokesperson for seaside authorities has said the loss of the Easter season could have “devastating impact” on the long-term health of the UK’s coastal resorts. No shit?

Local councils throughout Britain have warned that seaside towns up and down the country are in danger of becoming “permanent ghost towns” if the government fails to provide them with economic relief once the coronavirus lockdown is lifted. As a sunny Easter break passes with once vibrant coastal communities at a complete standstill, the District Councils Network (DCN) – which represents a collective of local authorities in tourism and culture hotspots – claimed last week that the effective loss of an entire season of trading posed an “unprecedented challenge” to the UK’s most popular resorts.

“Some of our finest, most picturesque and beautiful tourist villages and towns, including those rich in cultural importance and heritage, face an unprecedented challenge,” said Mark Crane, DCN member for stronger economies. “These are places dependent on seasonal demand in order to survive, which are usually guaranteed large numbers of visitors week in week out, but this year this is sadly unlikely to be the case.”

“With people rightly staying away to minimise the spread of infection, this could have a devastating impact on many places that rely on the tourism industry,” he added.

As for a potential solution, the organisation claimed that the government should sign off on “emergency funding” to the relevant local authorities, in order for them to in turn allocate funding and resources to those businesses within their jurisdiction which have been most heavily impacted.

“There’s a real risk that if they don’t recover, our tourist towns could become ghost towns,” warned Crane. “It will also put huge pressure on families suffering lost income and high unemployment.”

Still, whilst feedback from frontline operators has largely corroborated the DCN’s concerns, there’s also been praise for the quick response from legislators when it comes to both grants and furloughed wages.

“This has happened at the worst time of year for Blackpool,” said Claire Smith, president of hotelier group StayBlackpool. “Hoteliers have just got through the winter when they spend the money earned last summer, and Easter is traditionally the first burst of money coming in for this year.”

“Thankfully the £10,000 government grants for small businesses are now coming through and the government has acted very quickly which is a great help for many,” she continued – adding that the grant scheme had “given everyone some breathing space.”

It was a similar story for Lee Preston-Stefani, owner of Harbour Lights Amusements in Fleetwood.

“At this time of year things would just start to be warming up at the arcade, but it’s been a big help to get the grant from the Government and I have furloughed a couple of the lads,” he told media. “It’s not ideal but if everyone follows the guidelines I’m hoping we can get back to normal by summer.”