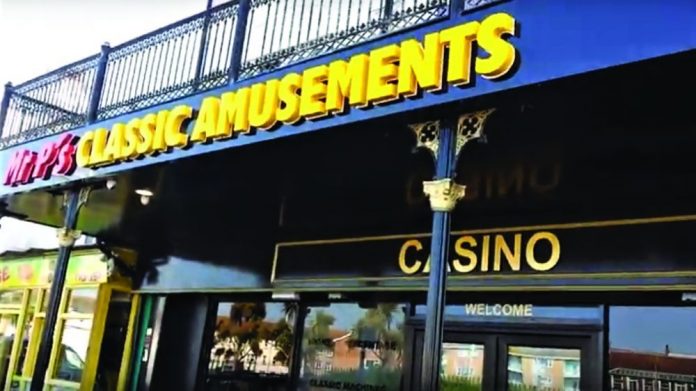 Like every arcade in Britain, Mr P’s is closed for business but still has bills to pay after receiving little to no help from banks. Remaining positive, the operator advised its Facebook followers to stay home, and once it’s all over, to shop British.

Asking its customer base to stay home amid the UK’s ongoing lockdown, Mr P’s Amusements detailed the balancing act necessary to both pay the bills and get a bank loan in recent weeks.

In its latest Weekly Waffle on Facebook, the operator explained that while the government has been trying its best to control Covid-19’s economic fallout, it hasn’t been enough to keep cash flowing.

“We financially are under incredible pressure and to be frank we have just had to let the bills bounce, this is the consensus for many other businesses in many sectors.There is nobody to blame for this and nobody to point the finger at for this worldwide crisis. We may know that the Chinese brought it to humans by eating things they shouldn’t but with the poverty and corruption over there (from direct sources) it is not really surprising,” wrote the operator.

“The government have set up incredible things and allowances for small to medium businesses and also the self employed, yes some will slip the net, but this assistance will protect many people and their families by the businesses that they work in or own surviving, or having a chance at least.”

While the government has aimed to provide cover for the majority of the population, the banks on the other hand are being highly selective about who they help.

“We are disappointed that even after the government having a ‘dim’ view on the atrocious treatment business owners are getting from banks, the bank remains on a whole unhelpful for many, including ourselves,” continued the operator. “The hoops and criteria we are getting thrown at us is almost unbearable, we need the loan but it seems we will not get a penny from the banks, that we as a nation, helped keep so many by bailing them out.”

Mr P’s believes the entire British retail economy will need bailing out after the lockdown is over, advising his customer base to shop British over the next few years to keep local businesses alive.

“What we need to do as a society once this is all over is keep the money ‘in house’ so that the businesses in this wonderful United Kingdom get our pound notes, not the ones setup in Luxembourg and such. Take your holiday later this year and next year in the UK. Spend money in the local bakers, the DIY shop and the clothing shops, frequent your independent businesses,” said the operator. “We all value our society and high streets so please, when this is all over, and it will be, use your money on the high street and pump the money back into the UK economy, not those who dodge tax such as internet giants”.

Despite the dire situation both from a business and national standpoint, Mr P’s remains optimistic for the future, inspired by the NHS and other workers that are keeping the country going.

“We as a nation are more powerful and stronger than we give ourselves credit for,” concluded Mr P’s. “We are the United Kingdom and we are great people, let’s get behind our country and repay those wonderful front line workers and our hard working people that are the engine of this well oiled machine. Many have put their health on the line for you and me.”