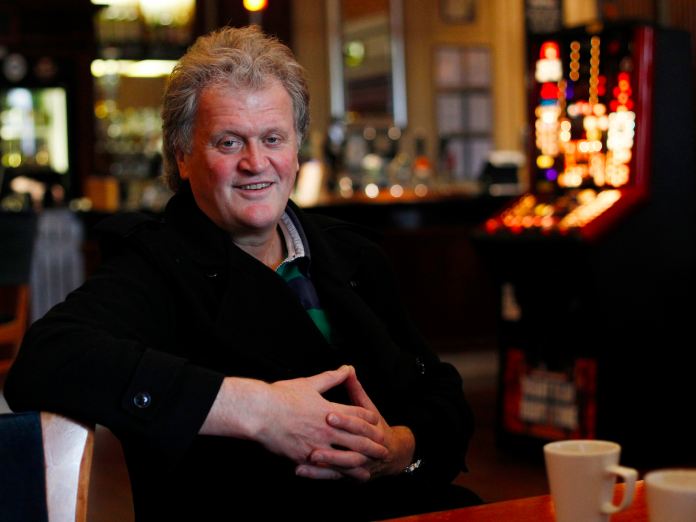 Controversial Wetherspoons chairman Tim Martin provoked fierce anger last week, after suggesting that the company might not pay its locked-down staff until government furlough cash had been received. Not everyone liked what the enigmatic figure had to say.

Wetherspoons boss Tim Martin found himself in hot water last week, after telling his staff that they would not receive payment waiting out the coronavirus until the government coughed up its 80 per cent share to furloughed workers.

In an incongruously informal video statement circulated to Spoons’ 40,000 or so personnel last Tuesday, the pub boss sipped from a cup of tea as he said that the multi-billion pound corporation would only honour wages for hours worked up until March 22 the day that the Spoons estate shuttered its doors nationwide.

“We’ve got no money coming in through the tills, which is not something that we’ve ever planned for,” declared Martin, going on to tell staff-members that they were on their own until the government paid out furloughed wages – which he conceded was likely to be a “pretty slow” process.

To that end, and to the general astonishment of both the national press and his staff alike, Martin actively encouraged those on his rosters to “go and get a job at Tesco” or one of the other hiring grocery chains – promising those who followed this advice that they would “be given priority” if they chose to return to Spoons once the lockdown had run its course.

Whilst Martin didn’t expressly state the fact, one anonymous employee told the Daily Mirror that the message of the video statement was clear: “The Government will pay you, not me and if that is unsatisfactory, the supermarkets will have you.”

Predictably, Martin’s stance caused uproar amongst Spoons team-members, who termed his actions as nothing short of a “stab in the back.”

“I cover shifts at short notice, often work short-staffed, go in on days off to complete extra tasks so that we are safe, legal and compliant,” one manager told the tabloid. “But the company cannot pay staff, who are not even worried about rent but about eating, in advance of a payment the government has already guaranteed.”

Meanwhile, social media has not been kind to Martin who is reknowned for his robust, direct and sometimes controversial opinions. One coin-op supplier’s assessment was blunt: “He’s a c*nt” was posted on social media, ironically on the same day a Spoons pub in south London was vandalised with the spray-can message “pay your staff.”

The decision even provoked the ire of legislators, to the extent that 95 MPs signed a petition on Wednesday demanding that Spoons get in line with practically ever other large British firm in ensuring prompt payment of furloughed wages as soon as possible.

The combined pressure evidently proved too much for Martin, who has now quietly u-turned on his original position – issuing a new statement which promises to pay all off-work staff from April 3 onwards.