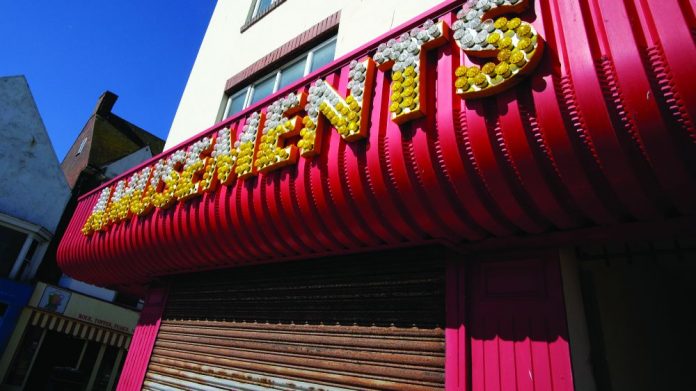 While employees on PAYE will receive 80 percent of their salaries up to £2500 when furloughed, the eligibility of business owners and the self-employed are more complicated – with some operators getting no support at all. So, what are the prospects of a business owner increasing their personal debts to borrow more money, whilst receiving no income nor government support for up to six to nine months of a Covid-19 lockdown?

Most managing directors of manufacturers, suppliers, and operators across the amusement industry will receive zero personal support during the Covid- 19 crisis.

With several stipulations unveiled in the latest government measures for self employed, the issues and deep concerns facing employers and directors was brought into the debate on social media last week.

Among those opening the conversation was Ian Eason of Instance Automatics who took to Facebook to ask more about his position as a self-employed worker of his company.

“So I’m self-employed, actually I work for my LTD company, so really I’m an employee. Where do I stand myself, as the company makes more than £50k profit per year?” he asked.

It was a question that resonated across the network.

As the discussion expanded, the responses concurred that those in Eason’s position would only be entitled to any pay they get that goes through PAYE, which is around £700. Like most directors in most industries, the rest comes from dividends, for which the government is offering no compensation during the lockdown.

“I’m in the same boat as you,” said another operator. “We can claim 80 percent of our £700 each month, we are not allowed to claim against our dividends (even though that’s what makes our wages up) and not forgetting they actually tax our dividends now after they made new laws! And if we were to claim for the 80 percent we are not allowed to do any work for the company! So basically the government are saying we will help you look after your staff but … we will fuck you over for doing it, cheers Boris.”

It was a tone of desperate anger that was echoed by many in the industry, raising a simple question: how can directors put their homes at risk, raise their personal debts, receive no income during lockdown and still keep a business going?

Several more industry colleagues agreed, with some accepting they’ll have to take it on the chin, while others wondered whether they would be able to survive the hit.

“Like me, if you are employed as managing director or company secretary and just take your tax free amount as wage and rest as dividend we get sweet FA mate,” said another industry business owner. “Alongside that you probably, like me, have a company that is making no profit while closed double whammy of sweet FA. As long as I can pay my team so they are there when we open back up will have to take it on the chin.”

Those in the worst positions are perhaps those who have only recently come into business. In general, new businesses won’t expect to turn a profit for at least a couple of years, and with the amusements industry’s high start up costs, it may take several seasons to recoup those initial expenses. For new businesses or self employed individuals that have been open long enough to do a tax return, their accounts are unlikely to show profit, and so the government’s promise to pay the self-employed 80 percent of profits up to £2500 is no use to them. New businesses who have not yet filed a tax return have even less hope – they simply get nothing.

“What do you do if you have only been trading for six months and haven’t done a tax return?” asked a young industry newcomer. “Looks like you can’t get anything. I have spent all the profit I have earned from machine sales in that time, and I have pumped it back into buying new equipment for operating. I was getting a wage from a part time job up until January which meant I could afford to not take any money out of the company, and now I don’t have a pot to piss in as I was relying on Easter to bring the money in, as I’m sure many were!”

With Easter a write-off, the survival of many amusements businesses will depend on whether the lockdown has come to an end by the summer holidays – or if the government provides enough support to businesses and their owners.