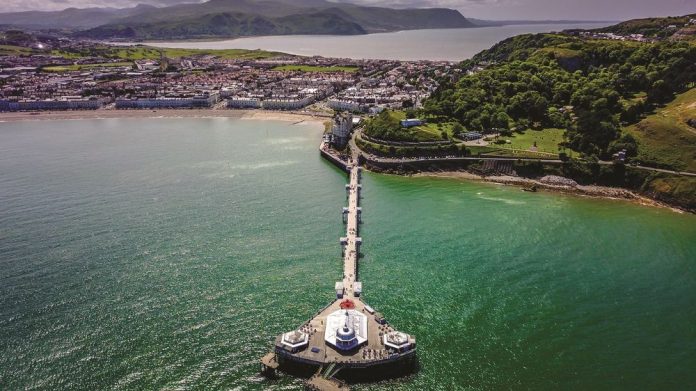 The operator of Llandudno Pier has said that the next six months “will be all about survival,” as the Welsh leisure sector prepares to do its part in halting the spread of infection.

Speaking to North Wales Live last week, Adam Williams, who heads up the Tir Prince Leisure Group, said that the priority for all hospitality businesses should be to protect staff and public alike, as he confirmed that the company was “putting everything else on hold.”

“The focus has to be keeping people alive but I hope financially businesses are kept alive too,” he remarked. “We all have to do our bit and we are concerned but not panicking.”

Last week, the government has yet to mandated the out-and-out closure of public-facing businesses: it was a step that Williams had anticipated.

Talking several days before the Prime Minister’s decision this week, Williams was resolved to the prospect. “I expect this weekend or possibly next that all leisure will have to close, which I presume will mean the pier,” he said, adding that there was a chance “we could be closed for the summer.”

“We have already had a bad start to the year due to the storms, and now just as we would enter the period when we would make money we are going to have to close, not just myself but all of hospitality.”

Meanwhile, new chancellor Rishi Sunak has pledged an “unprecedented” level of support to British business: setting aside £330bn to loan to companies hardest hit by the pandemic’s economic fallout. If this sum proves insufficient, then Sunak promised yet more cash would be made available, saying the government would do “whatever it takes” to ward off economic collapse.

But from his perspective in Llandudno, Williams fears that even this scale of support will prove insufficient to shore up tourism-reliant businesses such as his.

“There is help, but I don’t think it will touch the sides,” he commented. “The problem with the loans being offered is that repayments are delayed for just six months…we could be closed all summer and then open as the season winds down and then expect to start repaying the money.”

“I fear at that point the politicians will take the foot off the gas and then we will see many companies struggle and go bust,” he added. “All of leisure is in the same position and it is a very worrying time for everyone.”