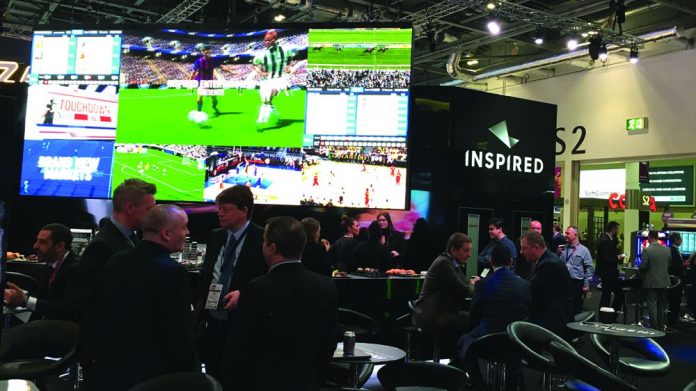 The new owner of the country’s premier gaming machines operation rode high in the last three months of 2019, on the back of solid revenues from what it claims is an “accelerated” UK pub market. Inspired have clearly enjoyed an inspirational start to its British adventure.

Gaming supplier Inspired Entertainment enjoyed a massive jump in revenue towards the end of last year, which it said had more than off-set the damaging impact of the last Triennial Review.

Financials released last week by the US firm, which completed its acquisition of Novomatic’s Gaming Technology Group subsidiary last October, detailed an increase in full-year revenue of 9 per cent to $153m, with income surging by 116 per cent in the last quarter of the year.

The company’s new footprint in the UK market – which now sees it invested in AGCs, bowling alleys, motorway service stations and leisure centres throughout the country – is said to have generated just over $6m for the firm throughout the 12-week period. Spread across approximately 5,000 individually – leased machines, Inspired said it averaged weekly coin-drop of £75 per unit, a 22.6 per cent increase on last year’s PCP.

Accordingly, the company’s chief executive Lorne Weil said he was “very pleased” with the Q4 performance, which he declared “demonstrates the excellent progress we’re making on our ongoing business strategy to mitigate the effects of the Triennial Implementation.”

According to Weil, a key part of this strategy had been to “drive profitability” in its newly-acquired UK business by way of “pub and leisure digitisation,” as well as cutting down on unnecessary costs.

“We are optimistic about the positive trends in the acquired businesses…particularly in the pub estate,” he added. “The margins in the pub business are showing continuing improvement with the steady conversion from analog to digital and we are seeing overall strengthening in the UK pub industry, with the number of pubs and bars in the UK rising in 2019 for the first time in a decade.”

Meanwhile, the tail-end of 2019 and the opening of 2020 also saw Inspired make significant gains in North America – both through landed entry into the newlyopened market in Illinois and by way of an increase in digital clients – and in Greece: where the company finalised delivery of 1,180 new terminals to Athenian operator OPAP.

“With the uncertainty surrounding the Triennial behind us, we are delighted to see these positive trends across our business thus far,” Weil remarked. “In addition to the annualisation of the acquired businesses, we continue to see upside from North American penetration, accelerated UK pub and leisure digitisation, additional customers coming onboard in virtual sports and interactive, as well as the realization of expected synergies.”