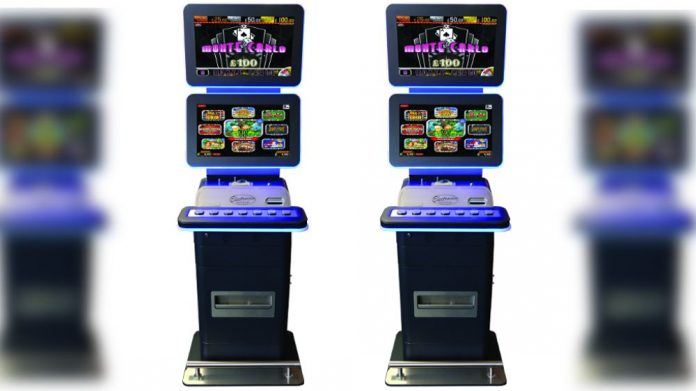 Electrocoin’s Cat C digital content goes from strength to strength with a spate of new games under development that will see the Monte Carlo library expand to 21 games.

Monte Carlo has proven to be successful in both the pub and arcade sector of the business with a mix of hi, mid and lo tec games that offer a wide choice to the player as well as the ability to fine tune the offering to players by operator game selection.

“Whilst we have some well known titles that started their life as analogue games such as Bar X 7 and Big 7, we have added a range of games to appeal to a wide cross section of players,” commented Electrocoin’s Kevin Weir.

“We believed that there would be two distinct menus for the two sectors, i.e pub and arcade, but it soon became clear, particularly in the pub sector that there was great demand for lo tec games such as Bar X Gold and Pick of the Leprechaun, as well mid and hi tec games like Ten or Ton and Ghost Train. Therefore we leave the game selection to operators to mix and match for their particular site.

“We continue to develop a mix of new games and players will witness enhanced graphics combined with a different game profile to appeal to a wider cross section of players,” continued Weir.

“We have become aware of a shift in the market over the past year or so, with some players looking for different game structures and profiles, as a result we already have committed to develop and test games to meet the wide range of players demands.”

Monte Carlo is available in the striking Elektra unit but also as a conversion in several other cabinets, which is on offer at a very reasonable price according to Weir. “We have converted a great number of machines that have a Quixant PC, at a reasonable cost to the operator.

We have also converted others with a different PC but the cost is slightly higher but still great value for money. What this provides is a mix of machines on the operators estate at an economical cost. It is clear that pubco’s require a wider range of product, particularly as analogue continues to decline.

“We believe that Monte Carlo in either format, fits the bill! We also know that as and when there is a stakes and prize review, there is no certainty that current ‘top dogs’ will be the most successful after a change in prize/stake. In fact, history confirms that fortunes often change at this point in time. By having a mix of machines on their estate, pubcos are less exposed to a downturn in income, In addition, with Monte Carlo offering different styles of games that are not replicas of another manufacturer they will widen their player offering.”