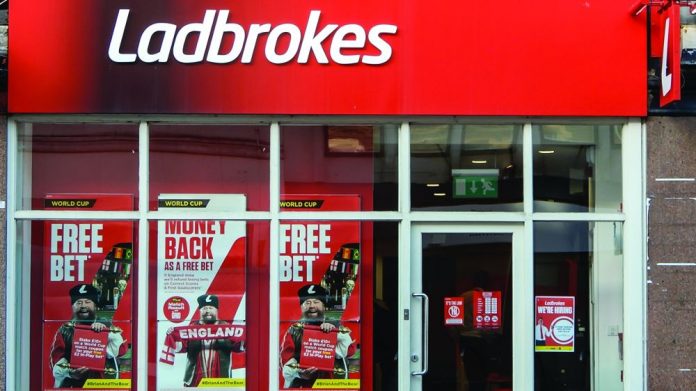 GVC says it weathered a challenging 2019 admirably, with online gains more than compensating for its FOBT losses.

The latest financial results from Manx betting and gambling conglomerate GVC Holdings have shown that its online business made a sufficient killing last year to “more than offset” any negative downturn it incurred by way of the government’s B2 clampdown.

GVC, which as of March 2018 owns the Ladbrokes Coral Group, posted a 2 per cent gain in net gaming revenue for the year to December 31, to a whopping total £3.65bn. The company said its growth was primarily attributable to the “strong performance” of its online and over-the-counter sales in both the UK and Europe.

As anticipated meanwhile, the corporation posted substantially less profit (down 10 per cent) than in 2018, a consequence of the hit the wider UK betting industry took in the latest triennial review. However, GVC was eager to point out that with EBITDA standing at just over £678m, it had still managed to perform substantially better (to the tune of £50m) than the consensus it had made at the start of the year.

“Our first full year since the Ladbrokes Coral acquisition has been a good one, and the performance has continued to be underpinned by our unique and highly effective operating model,” remarked the company’s chief executive Kenny Alexander. “We have delivered very strong growth in our online business, including market share gains in all major territories, and good momentum in our European retail business.”

Alexander went on to say that he was “delighted” at the speed at which the Ladbrokes Coral Group had been integrated into the wider GVC group, whilst also highlighting the firm’s expansion in the US by means of the launch of its BetMGM online product in New Jersey.

On the home-front meanwhile, Alexander appeared eager to talk-up GVC’s commitment to regulatory reform: pointing to its involvement in a number of social responsibility initiatives which have seen the company increase its player treatment contributions and throw its support behind an advert-ban during live sport fixtures.

However, the CEO was also keen to make clear the potential risks at play should the regulatory environment (heaven forbid) become overzealous.

“It is our firm view that over-regulation in the UK would result in customers moving to the black market where there is zero responsibility, zero protection and zero tax being paid to the Treasury,” said Alexander. As a consequence, it would also lead to a reverse in the considerable decline in problem gambling that the industry has delivered over recent years.