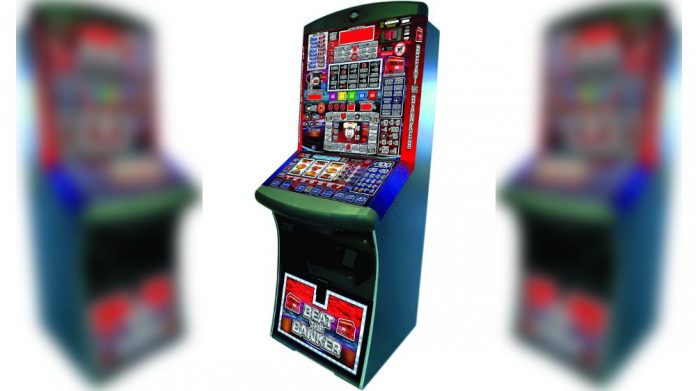 Betcom continues to deliver some of the best licences on the market. Simon McCarthy explains the story behind the Deal or No Deal phenomenon.

The use of a strong, player relevant brand can add between 10 and 15 percent to the cash box, based on market insight provided by Gauselmann owned machine manufacturer, Betcom. The analysis follows Betcom’s recent launch of Deal or No Deal Beat the Banker which is based on tried and tested formats from two of Betcom’s most successful releases of 2019 – Casino Crazy and The Chase. According to Betcom managing director, Simon McCarthy, the addition of the DOND theme has resulted in enhanced player acceptance, a significant increase in game play and with it, a double digit uplift in income.

The content provider, which is the market leader in the analogue gaming sector, is continuing to meet the demand from players who prefer the appeal and play experience provided by a traditional style AWP. “Everything the industry has achieved has been based around satisfying the needs of players which is exactly what Betcom is about” he stated. “Low stake gaming is not a ‘one size fits all’ sector and we have shown that analogue remains a successful and important part of the offering that PubCos want to provide their customers.”

“Games such as The Chase series and of course Deal or No Deal which has to be our sector’s most successful licence of all time, have demonstrated the power of brands and their ability to maximise the cash box when they are used as part of a strong core game offering. The cash box has shown that players like strong licensed product which is reflected in our game pipeline, not least our second game release from the Deal or No Deal series, Beat The Banker which has tested extremely well across various retailer estates.”

As well as being familiar and popular to players the third characteristic that Betcom look for in a licence is applicability. “Our experience shows that in addition to to having a recognisable appeal which serves to differentiate a game from competitive products, it also helps if the brand is associated with winning a monetary prize which is obviously the case with both Deal Or No Deal and The Chase which preceded it.” stated McCarthy.

Being part of the Gauselmann Group, Betcom is able to draw on the insight and experience of its sister companies which means having access to licenses which have already been successful within the digital arena and which can be profitably incorporated into Betcom’s bricks and mortar portfolio. Simon McCarthy confirmed: “Of course it’s a massive help being part of a broader very successful Group and one which clearly benefits our customers. There are fewer suppliers active in the Analogue market place, so to have quality branded or licensed product as our unique selling point provides us with an edge as we continue to invest in the sector and grow our market position.”