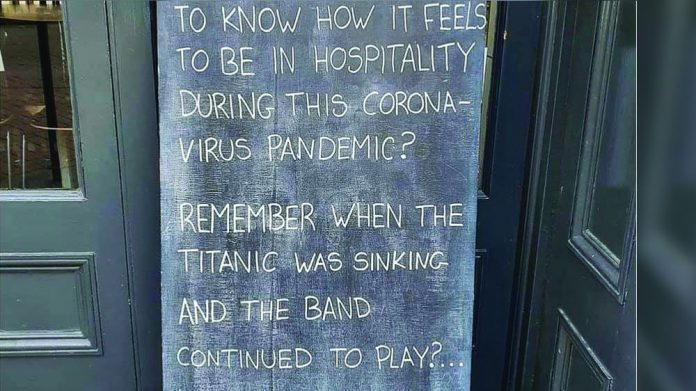 Across the country, leisure businesses are staring down the barrel of the COVID-19 gun, and pondering their futures with a mixture of fear, anger, and resolve. So what are show men and pub operators thinking?

Concerns over the potential spread of the Coronavirus reached new heights this weekend, sparking fears not just of rising death tolls – but also of the potentially devastating impact on small to medium-sized businesses.

“The whole world is closing down and it’s terrifying me,” Feltham Showmen champion Yasmin Parnham told Coinslot. “We’re having major fairs cancelled. I would like to think the government will put the right measures in place but I fear by the end of the week we will be on complete lockdown.”

Meanwhile, funfair and events stakeholder Nick Moss, who operates Chippenham-based confectioner The Fudge Cottage Ltd, was adamant that now was not the time for abject terror.

“A bit of isolation we have to get use to, but this will pass and we must all look after ourselves in the meantime,” he said, conceding that the coming months would be “difficult business-wise for the self employed.”

However, Moss had a decent degree of faith in the Treasury’s potential to bolster hard-hit industries, adding: “To anyone worried about money – wait to see what business support measures are put in place…whatever your worries are, you certainly won’t be alone.”

But Edinburgh-based publican (and Cat C operator) Mat Read had some far choicer words to say about Downing Street’s approach to the pandemic.

“What a cowardly fucking statement,” he posted in response to the prime minister’s public address announcing that leisure businesses would not be mandated to close. Read took issue with the fact that the government was discouraging people from going to pubs and other leisure venues, whilst simultaneously refraining from a compulsory closure order – which would have led to potential remuneration for the sector by way of insurance money.

“Thanks Boris Johnson,” he added, with just the slightest hint of irony.

“You’ve managed to screw the entire leisure industry like one of your predecessors screwed that pig.” Nevertheless, the Black Cat Bar – at which Read is manager – opted to stay open “as long as we can” in the midst of the crisis. Indeed, a hand-chalked sign outside its main-doors perhaps spoke on behalf of all similarly-besieged leisure-facing businesses across the land.

“Remember when the Titanic was sinking and the band continued to play…?” it read. “Well we’re the band.”