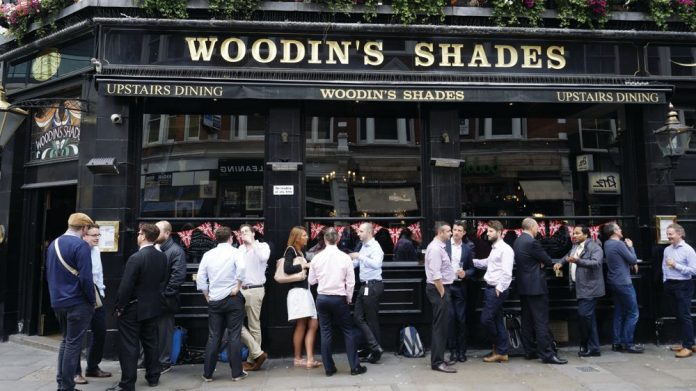 Closures of licensed premises across the UK have slowed to their lowest rate since March 2018, but where growth hotspots such as Manchester and Liverpool are thriving, seaside towns such as Blackpool are still seeing a 10 percent exodus.

The number of pubs in the UK dropped by 2 percent in 2019, the lowest annual rate year for almost two years, with cities such as Manchester and Liverpool continuing to see growth.

The latest Market Growth Monitor from CGA and AlixPartners found that, collectively, restaurants, bars and other licensed venues closures fell by 1.8 percent in the 12 months to December 2019.

Good news for the pub sector overall, but with pockets of concern, particularly for seaside towns whose economies are recognised as high pressure points. They didn’t fair as well in the stats, weighing heavily on the overall decline, with collective numbers falling by 5.8 percent in the same time period. This is more than three times the British average, but the steepest downward movement was in Blackpool, where 10.8 percent of licensed premises have shut.

“The contrast between Britain’s big cities and seaside towns couldn’t be starker. Resorts where restaurants, pubs and bars once thrived have suffered serious hardships with independents particularly hard hit,” said CGA business unit director for food and retail Karl Chessell. “But the night-time economy in many of our regional hubs continues to flourish with consumers drawn by some distinctive and vibrant operators who know their cities inside out.”

Last year, Britain lost 994 pubs across the country, with food-led sites holding up better than community and drink-led venues, which have seen 4,297 net closures since December 2014. However, the monitor also highlighted positive trends in several hotspots around the country, including Manchester and Liverpool, which have pushed their numbers up by about 20 percent in the past five years.

“While the licensed sector continues to contract, our latest Market Growth Monitor also shows reasons to be optimistic about prospects for 2020. We are still seeing unsustainable pubs close but, collectively, the rate of net number of pub, bar and restaurants closing is slowing,” continued Chessell. “Last year was not easy for some big restaurant brands but smaller and medium-sized brands are bringing new concepts to the market and successfully scaling up. All our research shows consumers are still eager to go out and eat and drink.”

From an investors point of view, AlixPartners managing director Graeme Smith said the market remained active and dynamic, with pubs and experiential businesses still proving attractive enough to take up the slack in investment activity from the more subdued restaurant sector.

“Reduced political uncertainty, more positive recent trading results and encouraging returns when investing in sites provide a platform for increased merger and acquisition activity in 2020 across wet-led and food-led concepts. However, investors will be looking carefully at what the impact on trading will be from the recent coronavirus outbreak,” he said.

“This edition highlights a regional success story in the return to sustained growth of managed restaurant groups (against single-site independents), driven by innovative local operators in major cities across the UK.

“What sets many of these businesses apart is their experience and deep understanding of what works for different customer groups in their local area.”