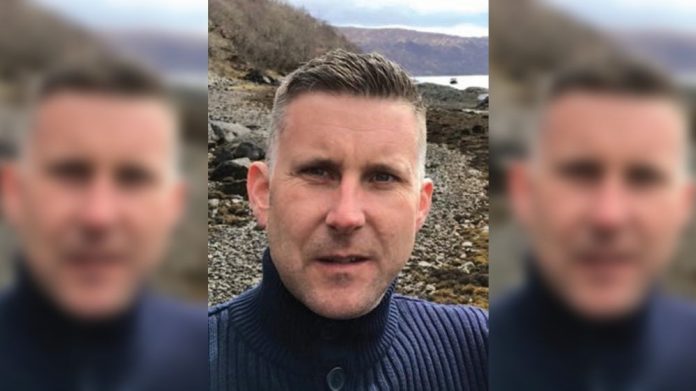 After Gary Whitty’s globe trotting adventure ending in the North of England, this week we head to the South West of the country with Simon Atkinson, Director of Tamar Gaming. Bringing together his musical milestones from an eventful life lived, this selection combines submarines, frogs and carpets but there’s one overriding mantra throughout the entire selection – if you’re going to play it, play it LOUD!

Simon started out in the industry at Leisure Link where he met Andy Pearse and in 2008 the two established Tamar Gaming which has since grown to become a renowned independent supplier operating in over 250 venues across Devon, Cornwall and Somerset. Priding itself on service, Tamar’s wide range of gaming machines, pool tables, CCTV, tills, and JUKEBOXES have a proven history of increasing income. Simon believes gaming and jukebox technology is “simply the best it’s every been in my memory” and he couldn’t imagine ever, not being involved in the industry which brings him so much joy. Even the opportunity to do My TouchTunes is “another example of why I enjoy it so much!” Over to you Simon…

The song which springs to mind is Wheels On The Bus but that would be a Saturday night show stopper on any jukebox. In light of this I think it was probably Yellow Submarine by The Beatles.

Sheriff Fatman by Carter The Unstoppable Sex Machine. This track is still the only song I can unfailingly remember all the lyrics to!

The dreaded question. I’m going to be honest and admit it was We All Stand Together by Paul McCartney and The Frog Chorus. I subsequently ruined the needle of my Dad’s record player by trying to pretend to be a rapper with it playing.

I was always buying compilation albums and I remember my first was Now 7 in 1986. However, the first album by an actual band was Life by Inspiral Carpets.

This would have to be Proud Mary by Ike and Tina Turner. Got to keep rolling on!

The Gambler by Kenny Rodgers. Please can someone make country music cool? We need more artists like Miley Cyrus in this world.

This one’s easy. Bryan Adams’ (Everything I Do) I Do It For You. That song was so over played.

What a sad question! I haven’t given this much thought gladly but if pushed it would have to be 7 Years by Lukas Graham. A song with mad lyrics based upon an eventful life.

Daft Punk’s Get Lucky. This is hands down the best disco track released since the 70s.

That’s hard as Talk Sport pretty much always dominates my car radio until my kids hijack it. So it was most likely a Lewis Capaldi tune.

Every time I assist a Jukebox installation by Tamar Gaming I always play Here Comes Your Man by The Pixies. It was the first song I ever paid for on a jukebox and when music like this is played loud on a juke, it sounds fantastic.