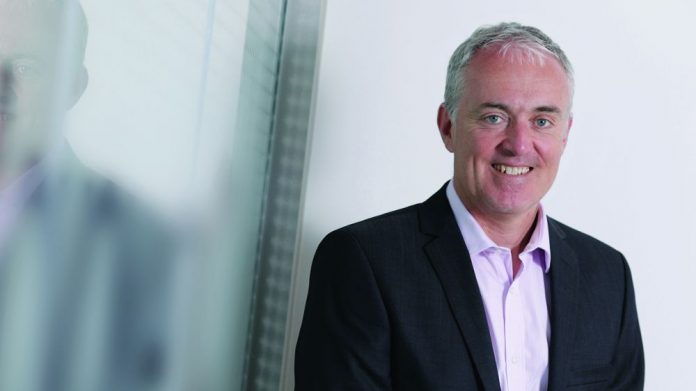 The answer to many of the challenges faced by the seaside sector in recent decades has involved redemption, with Tony Glanville, sales director, Inspired Gaming Sales, explaining that the product segment’s wide appeal, low regulatory risk, and high potential for customisation has made it a vital part of nearly all FECs.

Redemption’s takeover of the FEC is continuing apace, according to Tony Glanville, sales director at Inspired Gaming Sales, who has seen a cut to Cat D complex make way for more of the tickets and prizes product segment.

And it’s not a great surprise to one of the industry’s leading sales figures. For Glanville, the allure of redemption to players is obvious; it’s fun, simple to understand, and has an appeal that spans genders and age ranges – and if that’s not enough, there’s a prize at the end.

But for the industry, there’s an added factor to this evolution: redemption runs a low risk of regulatory intervention, unlike Cat D complex which recently became subject to guidance from Bacta.

“The FEC has been transitioning towards redemption for some time, and with the recent Bacta guidance around Cat D fruit machines, that’s only going to speed up,” explained Glanville.

“Less people are playing Cat D complex than ever, and less manufacturers are making them, so when the old units inevitably break it will be redemption that fills the gap.”

And this trend has been gathering momentum in recent years as Glanville indicates: “The percentage of floor space given over to redemption has grown and grown, and while FECs still have a small gaming centre, it’s in the form of an AGC that’s manned, cordoned off, and in a totally separate environment.

The rest of it is given over to the family, and it’s redemption more than ever.” No-one understands this better than Glanville and his Inspired team; their Bulldog brand has literally redefined redemption over the last three years.

Its skill rests on quality product and quality licences; ones that resonate with the marketplace. No surprise then that Pac-Man and Monopoly are the Bulldog poster boys for 2020.

“The strength of the Monopoly licence is a huge bonus,” he explained. “It’s a generation breaker. It’s a licence that resonates from kids to grandparents and that has shown to work on operator floors around the country.”

Glanville got a clear sense of this at EAG earlier this year, a keynote show that “went brilliantly” for Bulldog. “We showed Monopoly Gold there and it ticked all the boxes, and customers were really buying into the 4 player version.

It was extremely popular.” But then that’s the story behind the Bulldog journey. Top quality manufacturing, yes; popular themes, yes. And perfect timing. Bulldog has made its mark, not through coincidence but by design.

Redemption has a wide scope, with even traditional product segments such as pushers and cranes bringing tickets and prizes under their remit. And Glanville insists that the ideal redemption must give players both an entertaining journey and a rewarding destination, with manufacturers supplying the former while operators curate the latter.

Bulldog has certainly delivered on its part of the bargain; the Inspired acquisition last summer alone is evidence of that. The interesting test is how the marketplace is adapting to the redemption revival.

Glanville presented the case for versatility. “Some players enjoy the game more whereas others prefer the prize, but perhaps the most important aspect of redemption is that there’s a lot of freedom for manufacturers and operators,” said Glanville.

“As we saw at EAG, redemption machines can come in many forms and manufacturers take it further every year. That’s the same with prize kiosks, which have also improved massively over the years.

If you look at them now they are unbelievable, and operators will tailor the offer to their customers. There’s an operator on the East Coast that has decking as a prize because he’s tailoring his offering to caravan owners in the nearby caravan park.

If you look at destinations where the customer base is largely day trippers, the prizes are lower ticket value because operators want to ensure visitors win enough tickets in a day to take something away.

In resorts surrounded by caravans and holiday parks on the other hand, visitors will be there all summer, so bigger prizes give them something to aim for.” With the FEC operators dotted around Britain’s coastline, there’s a diverse spread of customer bases that manufacturers must aim to please.

This has given rise to a broad range of widely appealing products, but within that range, almost all of the industry’s innovations now feature redemption in some form. And that’s an aspiration with a long reach as far as Bulldog is concerned.

“The strength of the brand has enabled it to sell into all markets,” Glanville added. “We’ve had huge success in holiday parks, FECs and bowling alleys.” And it’s not just restricted to the coast; for Glanville and the Bulldog team, they intend to think outside the box. For them, all roads lead to redemption.