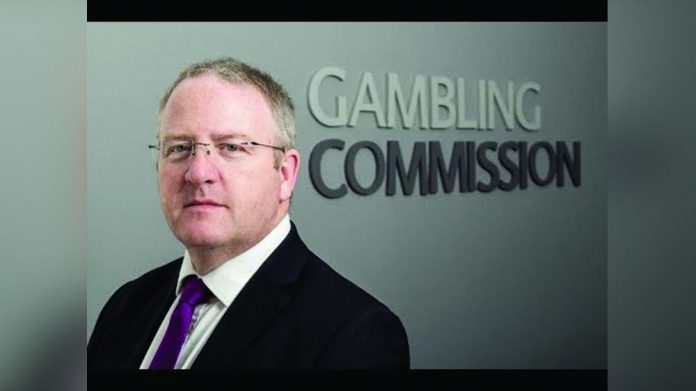 A key finding of the National Audit Office’s highly critical report of the British gambling regulator is that there continues to be broad gaps in its understanding of the issues upon which it so regularly espouses.

The NAO’s criticism of the gambling regulator didn’t merely extend to its methodology and practices, but also its data-set. Whilst the auditors’ headline stats on the scale of problem gambling corroborated with those of the Gambling Commission (drawing as they did upon the same health-survey sources), the report made plain to lawmakers that evidence as to both the “causes and impacts” of gambling-related problems is “limited” when compared to the understanding of similar issues like alcoholism and problem debt.

“Many stakeholders, including Public Health England and the NHS, have started to approach gambling- related harms as a public health matter,” said the report’s compilers. “However, government does not have the same level of evidence on gambling addiction compared with public health issues such as obesity and alcohol dependency.”

Indeed, the report went on to highlight that the best available estimate as to the financial cost to public services placed the annual figure anywhere between £260m and £1.16bn: with the vast differential between these two sums indicative of a guestimate of expenses which, so the report argues, “are narrowly defined and do not examine causal impacts.”

Meanwhile, the NAO also said that they had also identified “gaps” in the intelligence the regulator draws upon to detect specific consumer issues experienced by those players that it deems to be at risk of problem-play behaviour.

Whilst auditors acknowledged that the Commission had increased the volume of its intel reports over the last five years (by around 19 per cent), they held that the regulator was still overly-reliant on local authority inspections: which they said were carried out on a piece-meal basis (and sometimes not at all), and with a high degree of regional disparity.

Taken together, this third-party criticism made for a fairly damning summation of the Commission’s recent track record. Nevertheless, the official industry response to the NAO’s findings has been noticeably good-natured and conciliatory.

“Bacta welcomes the publication of the NAO Report,” remarked the trade association’s chief executive John White. “It makes some clear and sensible recommendations on how the Gambling Commission can be a better regulator including some suggested by Bacta when we met with the NAO last year, such as greater partnership working and clearer articulation of what is meant by protecting the vulnerable.”

White added that Bacta would “look forward to discussing the outcome of the report with Commission CEO Neil McArthur later this month.” The Gambling Business Group were more forthright in their response with CEO Peter Hannibal taking issue with a number of the conclusions.

He commented: “The Gambling Business Group (GBG) welcomes the National Audit Office (NAO) review – which we contributed to – and agree with the majority of the findings. It should be noted that the fact that 60 local authorities have not carried out any inspections over the last three years is a clear indication that they do not see gambling as a risk requiring their attention, which represents a positive for the Industry.

However when the focus switches to the use and selection of data, the report has some significant shortcomings. Under the heading ‘Key Facts’ there’s a series of ‘estimated’ or ‘indicative’ numbers relating to problem gambling that are far from factual.

For example the report’s figures on the number of problem gamblers, which they quote as standing at 395,000 adults and children and ‘at risk gamblers’ (1.8m), at best represent an extrapolation of some estimated numbers and they cannot be treated as facts.

This is a hugely disappointing shortcoming when the industry is constantly being reminded about the importance of evidence based arguments.” “The NAO report also delves into the identification of ‘harm’. At the time of the consultation into the current National Responsible Gambling Strategy we argued that ‘harm’ is a nebulous symptom of problem gambling and treating symptoms is never going to have a positive impact on the main issue.

A nebulous concept such as harm is unlikely to ever be defined well enough to be able to measure whether we have impacted it or not. The sooner we all recognise this, the sooner we will start to focus on the areas where we can really make a difference – which is helping gamblers to stay in control.”

“The lack of effective evaluation is not just an issue for the gambling regulator, it is an issue for the industry, for its support services and also for the researchers who spend millions of pounds looking into various areas of problem gambling.

If there is one common area where we can do ourselves and those impacted by problem gambling a better service, it is by being more effective at evaluation and providing tangible results on which sound decisions can be made.”

“We welcome the NAO’s report and are pleased it recognises our work in making gambling safer. We agree with the report’s assessment that we face the significant challenge of regulating a dynamic and developing industry. It also underlines the constraints that our current funding arrangements presents and we are developing proposals to discuss this with DCMS.

“Everyone at the Commission is absolutely committed to drastically reducing gambling harm and work hard every day to make the maximum impact for the greatest amount of consumers within the resources we currently have. In addition to a programme of tougher enforcement and compliance activity, in the last two years we have strengthened protections including online age and ID verification, customer interaction and most recently we banned gambling on credit cards. We are currently pushing the industry to focus on poor VIP practices, advertising technology and safer game design.”