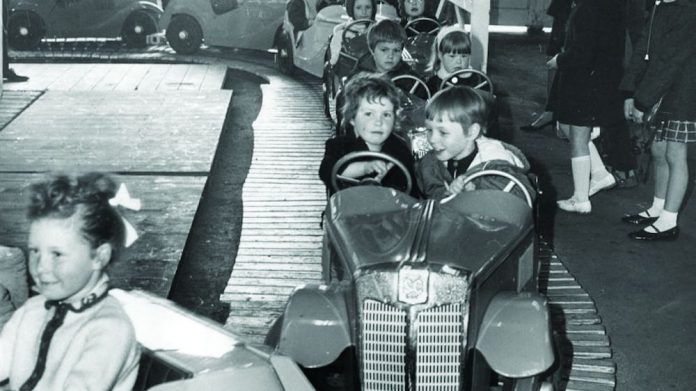 Concerns have been raised that one of Northern Ireland’s oldest amusements attractions may soon be demolished in favour of a block of flats – as the local authority refuses to award it any heritage privileges. Is the 93 year history of Barry’s Amusements about to draw to an end?

An amusement park on the north coast of Northern Ireland has been deemed not worthy of saving by local legislators, paving the way for it to be demolished and replaced by blocks of flats. Barry’s Amusements in Portrush has been owned by the Trufelli family since the site first opened back in 1926, but the family signalled its intention to sell the park as a going concern last November.

“As family operators, we feel we can no longer give the considerable commitment required to effectively manage the business,” said a spokesperson for the family last autumn. “This is not a decision the family has taken lightly, especially given our 93-year trading history and follows significant and emotional consideration over a prolonged period.”

The family-run business promised to keep its 11 full-time members of staff in work throughout the sales process, which is being overseen by advising firm Grant Thornton.

But four months on, and with still no sign of any discernible buyer, fears have been raised that the legacy attraction may soon be demolished, as the local council mulls fuzzy plans to purchase the seaside plot in its entirety and redevelop it into a residential block of flats.

And as reported by the Belfast Telegraph last week, councillors of the Causeway Coast & Glens authority voted not to issue a Building Preservation Notice which would ensure that the park remains intact “for future generations,” as stipulated in the wishes of its current owners.

“The Barry’s site is not of any architectural significance or heritage,” remarked Ulster Unionist councillor Joan Baird. “We should only issue preservation notices to iconic buildings like the town hall, that have merit.”

But the council’s decision to spurn Barry’s preservation has caused uproar on social media, with reams of local devotees insisting that the absence of the park would equate to nothing short of an existential crisis for the community itself.

“No Barry’s no Portrush,” posted Emma Murray on Facebook. “Barry’s is a historic building serving families and Portrush for 93 years…it should be protected.” “There won’t be anything left in Portrush if Barry’s closes,” agreed Emma Green, with Gary Wray adding that it was “unbelievable that this gold mine of an iconic amusement venue has not been snapped up by some investors.”

As if to emphasise the passion of feeling for Barry’s, the mother of Joanne Downey, who took her own life in 2013, told the Belfast News she would be “heartbroken” if Barry’s Amusements was demolished, stating the news it could be replaced with flats came as a shock.”

“If Joanne was here today she would have been heartbroken about this news of Barry’s,” said Downey. “It always would have been the focal point for her birthday parties. If it is pulled down it would just be heartbreaking and such a loss to the north coast.

The Arcadia, the paddling pools – all those wee things over the years have all gradually gone but Barry’s has held on.”