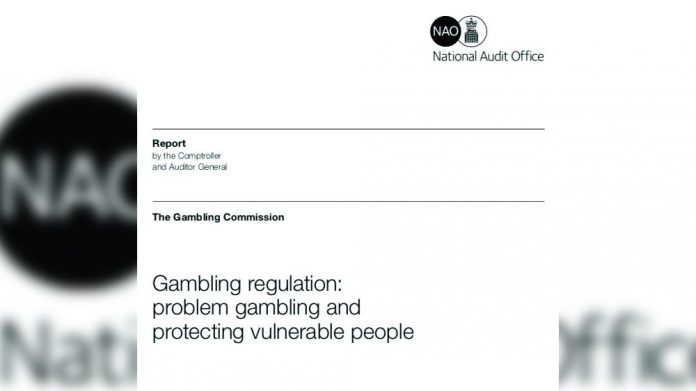 A new report from the National Audit Office has highlighted what its licensees have long known -that the Gambling Commission has thus far failed to strike up a common approach to regulation with operators.

The new independent evaluation of the Gambling Commission has ruled that the regulator is failing to properly incentivise gambling operators to “raise standards and make gambling safer.”

Published last week, the National Audit Office report came at the behest of the House of Commons, with the stated purpose to better acquaint parliamentarians with the “role and work of the Gambling Commission,” ahead of the drafting of what looks certain to be a new pass on the Gambling Act later this year.

As well as including base-level, layman statistics for MPs as to the size of the UK’s gambling economy and the current prevalence of gambling addiction amongst the population, one of the key findings of the NAO was that the regulator was “not doing as much as it could” to encourage its licensees to up their game when it came to social responsibility.

“Effective regulation not only penalises rulebreaking, but also raises standards across the industry both by strengthening the rules where appropriate and by incentivising and supporting companies to go beyond minimum standards,” said auditors, who also claimed that the Commission had failed to “explore common approaches that regulators use in other sectors…such as financial or reputational incentives.”

Of course, that’s no surprise to operators, who have long grown accustomed to a regulator that habitually spurns the carrot in favour of the rod.

Indeed, such was the finding of the NAO, which informed lawmakers that “industry representatives we interviewed indicated that a more collaborative relationship, and more clarity over what the Commission expects of them, would be more effective in raising standards.”

Furthermore, the same report argued that it was increasingly difficult for operators to meet with GamCom expectations: as the regulator had “not sufficiently clarified” exactly how it wishes to reduce gambling-related harm.

“Regulators need clear, measurable objectives so their teams and the external stakeholders they work with have a common understanding of what they are aiming to achieve and judge progress,” said auditors, alleging that the Commission had “not articulated what level of reduction, over what period of time, would indicate good progress.”