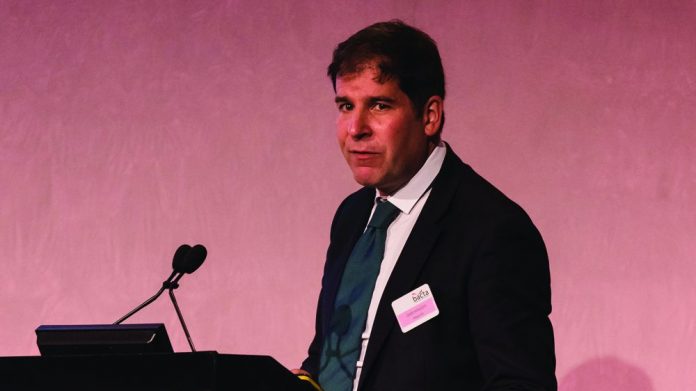 Gambling consultants Regulus Partners have rung an alarm bell following an outing by Gambling Commission CEO Neil McArthur two weeks ago, after an “on the hoof” decision brought us that much closer to new regulation.

Respected UK gambling consultancy Regulus Partners has warned that the UK appeared to be “sleepwalking” its way towards a review of stakes an prizes, after an outing of the Gambling Commission’s CEO before legislators representing what could well be the “tipping point towards the prohibition of gambling.”

In a posting last week, the consultancy interpreted the fallout from Neil McArthur’s grilling by the Gambling-Related Harm APPG in Westminster as potentially “profound in impact,” after McArthur left parliament having “seemingly committed to an official review of stake and prize limits for online gambling and to provide an opinion…on what should be done about advertising.”

The outing before members of Carolyn Harris MP’s APPG came just a day after the head regulator had gone before Lord Yates’ select committee where no definitive commitments as to regulatory review had been made. Consequently, Regulus suggested that McArthur appeared to have caved under “a withering barrage of questions” from Harris and her colleagues by apparently committing to a full review of the Gambling Act of 2005 “within six months.”

Accordingly, the consultancy expressed concern that this was “a very short period of time for an issue both complex in terms of data and narrow in impact,” and accused McArthur of “on the hoof” decision-making.

“The issue here is not so much about online stakes and prizes,” the company argued. “As we have written before, a complete absence of any limits in all circumstances is likely to be unsustainable and this is an issue that has been brewing for some time. What is significant is the process for re-regulation that is now being established.”

Indeed, Regulus said that McArthur’s flip-flopping was suggestive of the gambling industry now being subject to “the realms of knee-jerk policy making… where significant changes are made in pursuit of appeasement rather than coherence.”

“With a gambling review looming in a rare backdrop of party political stability we have the opportunity to reset our gambling laws based upon evidence and beneficial outcomes,” wrote the consultancy. “This opportunity was given a serious knock this week.”