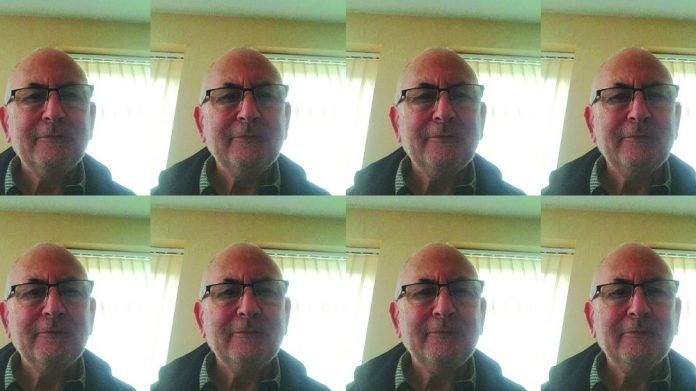 Obviously the following words by WMC veteran Barry Slasberg do not represent the opinions of this paper in any way whatsoever. But they are worth a read, contemplation and maybe even contacting him to join the cause. Mr Slasberg has been fighting for a VAT refund from HMRC for his former WMC Kingsley Park. He is not giving up, despite Parkinson’s Disease affecting both him and his wife. He is now appealing to the trade bodies to back his case.

In peace there’s nothing so becomes a man
As modest stillness and humility;
But when the blast of war blows in our ears, T
hen imitate the action of the tiger;
Stiffen the sinews, summon up the blood,
Disguise fair nature with hard-favour’d rage:
Then lend the eye a terrible aspect.

So wrote the Bard. Never, when I read that at school over half a century ago, did I even consider that would be relevant to me personally in my latter years.

My whole life has been devoted to my family’s wellbeing. At work I have always been honest and diligent. I hate confrontation, have never been in a fight, but have seldom run away from a situation. My belief is that there is always a way to a peaceful resolution. However, in the last twenty-five years; in my work situation; I have had to respond to unprovoked acts of war on my employers by The Inland Revenue later to become Her Majesty’s Revenue and Customs.

There have been many minor skirmishes. However, there are two major incidents where I have been forced to charge them with fraud, lying, bullying and cowardice. Strong words used reluctantly but backed up by fact.

The first happened in 1999 when they charged Kingsley Park Working Men’s Club, Northampton with about £19,000 for an employment status issue. I stiffened my sinews and lent my eye a terrible aspect and refused to pay.

In the end the club gambled a large sum of money in fees to get KPMG to represent it. Within a week of KPMG’s first letter to Inland Revenue they withdrew their claim; offered an unreserved apology for the treatment of the club and refunded our professional fees. The worst aspect was their admission that they could have withdrawn their claim several months earlier.

So attempted fraud applies as they continued to chase the money. Safe to assume that had I weakened in those few months and paid they would have gladly accepted it. Bullying applies to threats of penalties and interest; cowardice applies to them giving in under the club’s first show of muscle.

The second happened in 2014 and is still ongoing. This time we are talking about £37,000, and again Kingsley Park Working Men’s Club. The sinews are still stiffened, aided no doubt by arthritis, and the blood is still up after all this time.

Northampton Chronicle and Echo and Coinslot International have covered this case. In its simplest form HMRC reclaimed a VAT refund made in 2011 plus interest stating this was in accordance with two court rulings. They lied and gained financial advantage through deliberate deception. Fraud.

Not only did they commit fraud, but they changed their policy; after having got the club’s money dishonestly; to ensure any further interim court judgements were ignored. So the club has not only been defrauded along with 3000 like businesses, but could be deprived of use of their own money until the Supreme Court has ruled several years hence.

Cowardice has shown itself in HMRC’s policy board’s stubborn refusal to meet and discuss this face to face. They graciously allowed their minions with set scripts to visit me. Their obvious sympathy was welcome but of absolutely no use. Meetings have been denied as HMRC say their mind is fixed.

Obviously it would be demeaning for them to be faced with the truth.

Oh yes, I will continue to disguise my fair nature with hard-favour’d rage and lend the eye a terrible aspect to burn into the very soul of every HMRC executive who is unrepentant for this act of war visited upon thousands of vulnerable businesses and millions of members of those businesses.

It is that hard favour’d rage that sustains me when all around lay down in meek submission.

I am constantly amazed that the umbrella organisations that are supposed to protect many of these victims refuse do so in this case.

Come and join the fight.