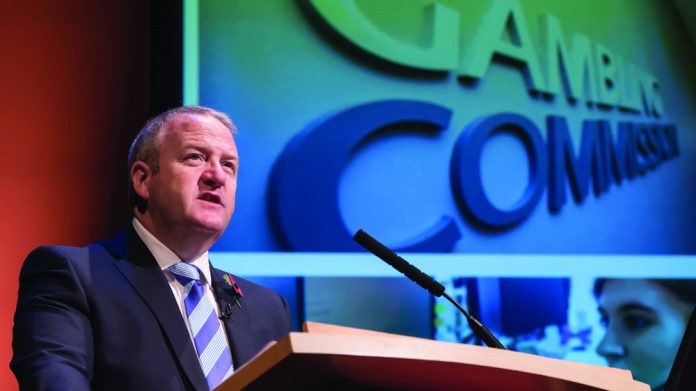 The Gambling Commission found themselves under fire last week when the top dogs turned up at Westminster for a Q&A with the All-Party Parliamentary Group. It certainly wasn’t a love-in between the two stakeholders as Chris Webster discovered.

The Gambling Commission has defended its “much tougher” National Strategy, during an All-Party Parliamentary Group committee hearing on the role of the regulator in the UK industry.

Speaking alongside Commission chair Bill Moyes, CEO Neil McArthur stood by the strategy – and the 2005 Gambling Act – as effective forms of regulation amid, wider discussion on the social and economic impacts of gambling.

“[The Commission must] balance the consumer choice of an industry in which 24 million people gamble in the UK, against the fact that gambling harm is a problem for a significant number of people, 340,000 according to our latest statistics with a further five million marked as vulnerable.”

It was a well rehearsed defence from the GC chief, and, according to an industry figure watching the session, would have been far more effective to members on the committee, if it was presented as a full picture.

Speaking to Coinslot, this business director commented: “It’s the same approach from the GC. They only give part of the story – and usually the most damaging. I don’t know anywhere in the Gambling Commission’s remit that gives them the duty and responsibility to determine consumer choice. They’re a regulator, not a business department.”

Still, the GC remains very attached to its adopted duty, as McArthur continued to explain: “The Strategy has been a much tougher approach to compliance and enforcement. This was deliberate at changing the behaviour of operators since we had seen too many instances of failures being repeated.”

Questioned by committee chair Lord Grade of Yarmouth, Moyes added that, though the 2005 Gambling Act is outdated, it will “remain broadly relevant in making sure that gambling is safe and fair, vulnerable people are protected and at stopping crime getting a hold on gambling.”

The two-hour hearing took place on 11 February, and follows increasing criticism from the APPG for Gambling Related Harm that the Commission is falling short as a n effective regulator.

Having already grilled some of the most powerful figures within the betting industry, the House of Lords Select Committee tasked with understanding “the social and economic impact” of gambling turned to none other than the Gambling Commission itself last week: with both its chief executive Neil McArthur and chair Dr Bill Moyes having their feet put to the fire by peers, who stoked them with a myriad of questions as to the style and efficacy of the regulator’s enforcement procedures.

Committee head Lord Garde of Yarmouth led the proceedings by asking both men whether they thought the Gambling Act of 2005 was now “an anachronism,” with respect to the gambling industry’s growth in the years since its passage by what he pointedly termed was the “free market” government of Tony Blair.

In response, Dr Moyes acknowledged that present legislation had “deficiencies,” but maintained that its objectives “remain broadly relevant in making sure that gambling is safe and fair, [and that] vulnerable people are protected.”

All well and good, but later on in the two hour session Garde stepped up the intensity of the cross-examination, baldly asking McArthur whether he thought the regulator really had the “skillset” to keep up with “the clever people working in gambling,” and referred to recent media focus (such as by the BBC’s Panorama programme) on regulatory failures as suggestive of the UKGC being “reactive rather than proactive.”

Responding, McArthur claimed that the regulator had recently upped its game, benefitting from a clarified focus supplied by way of its latest National Strategy, and through an increased interaction with its licensees.

“Through our policies we require operators to send us their people,” he said, referring to the Commission’s recently announced “work group” initiative. “We compel them to share knowledge and expertise on factors we related to technology, product and product design.”