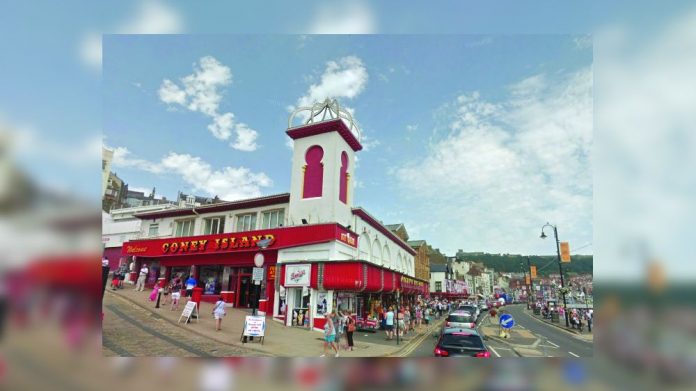 As part of preparations for the new season, Scarborough’s Coney Island is undergoing a period of refurbishment, with arcade fans reassured that the necessary scaffolding is only temporary and the unveiling will see a shiny new arcade in the summer.

The Scarborough News has reassured arcade fans that Coney Island amusements is not under threat of closure, despite the seafront arcade being faced with scaffolding.

Reporting on the recent structural installation, the paper outlined the extensive refurbishment work the “iconic structure” is undergoing, ahead of summer this year.

“The tower of the Coney Island arcade is one of the iconic structures on Scarborough’s South Bay,” reported the paper. “Those who have visited the seafront recently, however, will have noticed the landmark is covered in scaffolding.”

“This is not due to any structural or architectural changes, but merely to give the arcade a bit of a makeover ahead of the 2020 summer season. The exterior is in the process of being painted and spruced up ready for the busier time of year.”

Though the tower has become closely associated with the amusement arcade, its original intention was to advertise a different kind of leisure venue.

Originally opened as Bland’s Cliff Turkish Baths in 1859, the domed-structure was constructed to reflect the middle-eastern influence of the baths.

Despite the facility closing in 1931 as public steam baths declined in popularity – mainly due to the increasing availability of hot water in the home – the tower remained, albeit reduced in size and slightly redesigned.

“In the second half of the 1900s the building was transformed into an amusements by the Corrigan family, who ran the attraction until 2008, originally calling it Corrigans before the name changed to Coney Island,” added the paper.

“The arcade continues to be a popular draw for tourists and locals in Scarborough.”