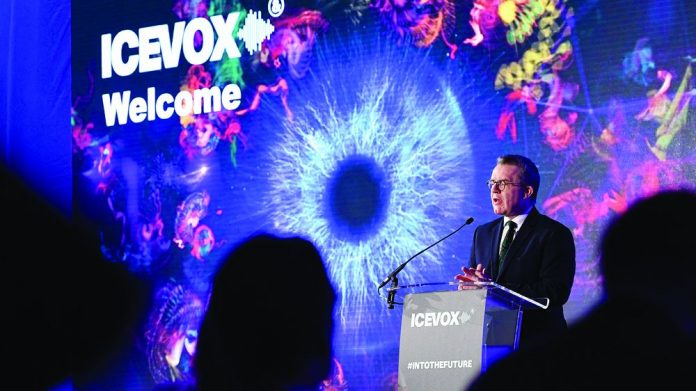 A prominent former parliamentarian has warned the gambling industry to heed the lessons from the debate on fixed-odds betting terminals and embrace a spirit of collaboration, or else risk being treated as a social pariah on par with big tobacco.

The former deputy leader of the Labour Party Tom Watson sounded the warning as part of a keynote address to industry chiefs at London’s ICE trade show, having stood down as an MP ahead of December’s general election. Watson’s parliamentary career saw him become one of the most outspoken anti-gambling voices in the House of Commons: he alleged that gambling addiction was nothing short of a “public health crisis,” and argued for the implementation of a mandatory levy on all gambling revenues.

Watson’s history made him an interesting addition to the ICE Vox podium, where he not only acknowledged that the sector should not be viewed “in terms of angels and demons,” but also conceded that betting was “part of our national culture.”

“What I want is a system of regulation which protects the vulnerable, sets sensible boundaries, allows reasonable rewards for the industry, encourages innovation, and lets you get on with your business,” he said.

Still, he insisted that big gambling should acknowledge the extent of “human costs and misery” which had coincided with a surge in GGR over the past decade – and pointed to the bookmakers’ handling of negotiations on B2s as an example of precisely what not to do.

“The tragedy of our recent history on FOBTs is that instead of being prepared to approach its critics and find common ground, the industry doubled down, denounced its critics, including me, and dug in even deeper,” he argued. “The industry, by its intransigence, ended up with a much worse outcome than if it had engaged with good grace and emollience.”

Nevertheless, the former MP claimed to be “optimistic” of “a new and productive relationship” between government and gambling business, citing “new faces on all sides, and a new dedication to make progress.”

But if the sector failed to step up to the plate, Watson claimed that tougher trading conditions would certainly be in store.

“If we can’t forge that reasonable, evidence-based consensus on the way forward, the result will not be business-as-usual,” he concluded. “The result will be a tougher, more draconian approach driven by those who believe what you do is morally wrong, and that the job of government and regulators is to stamp you out, like big tobacco and liquor.”