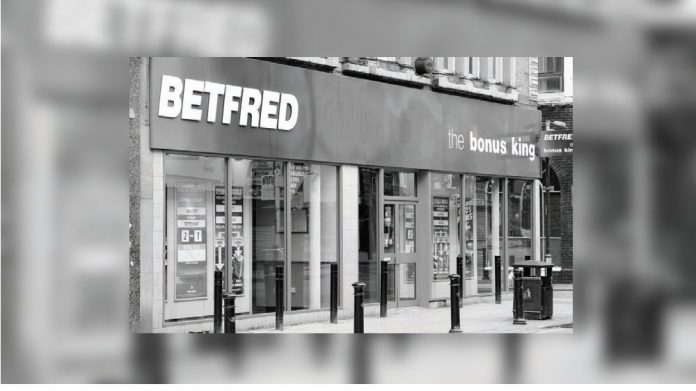 Towards the end of last year, Betfred’s Fred Done claimed the felling of the FOBT had left the betting industry up a creek sans paddle. Three months on, the big hitting bookies have been rattling out profit forecasts of a much rosier picture than initially thought. The real crisis, it seems, has shifted out of the bookies and on to the high street

A report by the Mail on Sunday some weeks ago claimed that the betting industry is continuing to suffer the after-shock from the government’s clampdown on FOBTs this April, citing figures that suggest the rate of shop closures continues to hover around the four-per-day mark.

After a prolonged battle with both government and the media, the bookies lost the war on B2 stakes, which were finally brought into market alignment earlier this year: tumbling from £100 per play to their present rate of just £2.

Since then, over 1,000 betting retail outlets have closed down, with the Mail on Sunday quoting Betfred founder Fred Done as saying that bookies had been left “fighting for their lives” in the fallout of the new legislation, which market observers could have effectively wiped out around 60 per cent of industry profit.

Collated industry data seems to bear out the gloomy analysis: as of November, 1,017 betting shops had been permanently shuttered, with another 1,000 tipped by the various betting chains as likely to close in the next 24 months.

Done has argued that those numbers are reason for serious concern about the long-term health of the trade – but the gambling stigma ensures that sympathy is few and far between, particularly in the halls of Westminster.

“When Mothercare closed there was lots of sympathy for the people who lost their jobs,” he said last week. “I haven’t heard a single politician show sympathy for anyone out of work in the betting industry. We don’t matter to the government.”

That is an understatement; the recent record of the betting industry has not been a shining example of social responsibility and it’s this failing that the newly formed Betting and Gaming Council has set as its primary target to overturn. But contrary to Mr Done’s downbeat assessment, the loss of the bookies is certainly registering on the government’s radar.

The economic online news service ThisIsMoney quoted one anonymous betting insider who suggested that the government had failed to anticipate the significant potential for negative knock-on-effects to Britain’s wider (and beleaguered) high-street economy. “The whole high street has to worry when 2,000 units close because when you see boarded-up shops it brings everything else down with it,” they argued. “Whether you’re a fan of betting shops or not, they bring footfall to the high street. Once they’re gone, they will be missed. It’s the biggest ticking timebomb for the retail sector yet.”