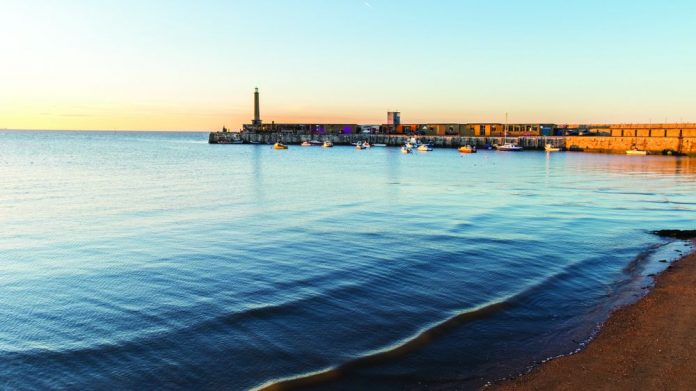 The opening of the Turner Contemporary in 2010 started the ball rolling on a wave of gentrification in the coastal town of Margate. Nine years later, with big-name musicians and artists basing their homes and studios there, the previously run-down seaside town is being given a brand-new lease of life.

Much like its troubled but iconic theme park, Dreamland, the town of Margate has been on something of a rollercoaster ride over the past century.

Once a bustling resort and the home of great artists like William Turner, the downturn in tourism along Britain’s coastline and the harsh realities of the financial crash had transformed the town’s seafront into a row of boarded up shopfronts and empty arcades.

In 2010, the Office of National Statistics listed Margate as one of the most deprived seaside destinations in the country. In recent years, however, the town has emerged as one of the major success stories of coastal town regeneration, transforming itself from a grey ghost town to one of the major touristic and artistic hubs in the South East of England.

After reopening its doors to the public in 2015 and subsequently falling into financial trouble, Dreamland has recently come back from the brink and reported its most successful year to date this September, with 700,000 visitors flocking to the historic theme park in the first nine months of the year. To boost tourism further, the popular attraction Margate Caves reopened this year.

Outside of amusements, the arts scene in the town continues to thrive, with the Turner Prize exhibition hosted in the Turner Contemporary from September. Tracey Emin, one of the artistic names most closely associated with the town, has a studio there that she says will be turned into a museum after she dies.

Meanwhile, indie-rock outfit The Libertines have recently invested into a hotel in Margate and built a recording studio within it where they are recording their next album. When not being used by the band, the space can be used by local groups and musicians, too.

The regeneration of Margate hasn’t all been about the cultural scene, but also about a concerted effort to reframe the town as a holiday destination in the eyes of Londoners.

At the end of 2018, Visit Kent reported a huge rise in visitor numbers to destinations around the Isle of Thanet – the region in Kent containing Margate, Ramsgate and Broadstairs – with 4.2 million visits to Thanet in 2017. According to the last recorded figures, Thanet’s tourism economy is now worth over £390m.

“Our ambition is to continue to attract new and returning visitors to this beautiful destination,” said Ash Ashbee, Cabinet Member for Coastal Development at Thanet District Council. “There are always reasons to visit Thanet.”