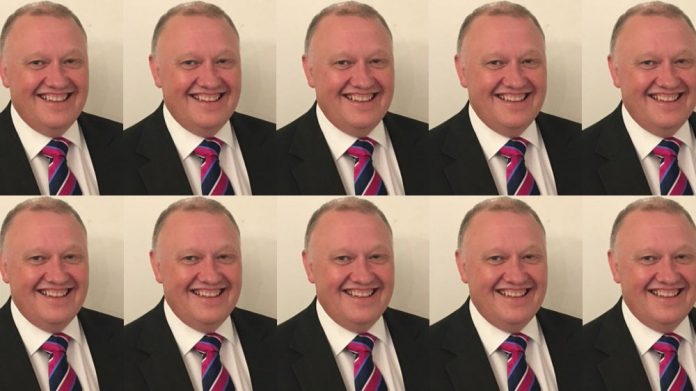 As the industry converges to be ‘part of the action’ at EAG 2020, bacta’s own Robert Gibb, the trade association’s Head of Finance, heads out on a sonic safari across various continents even taking a trip to space. In one of the most revealing My TouchTunes yet, this selection includes classic slices of pop history amid an unforgettable ‘party piece’, and perhaps our first ever public confession in relation to Barry Manilow…

Robert, a financial expert boasting more than three decades experience, joined bacta in 2016 having worked in a range of organisations from FTSE 100 companies to start-ups. With a successful track record in all facets of finance, IT, commercial, operational and people management, he has been involved in a number of key projects for the Association and is currently part of the senior bacta team leading the development of Yalp, the new cashless payment app which was officially launched from stand 345 at EAG.

Yalp has made huge strides towards delivering the cashless solution the industry has been waiting for and is set to help end-users ‘play a different way.’

My father was a fan of Frank Sinatra and the Rat Pack and the first song I can remember is Sammy Davies Jr. singing Mr. Bojangles.

Meat Loaf’s Paradise By The Dashboard Light. I think it conjured up magical thoughts of what life would be like if only I had a car!

The infamous Ernie (The Fastest Milkman In The West) by Benny Hill. I used to know all the words and it’s not just me. It is amazing now how many people can still quote lines from it. This was my “party piece” when I was younger. I wasn’t invited to many parties.

I was and still am a big Queen fan and the first album bought with my own money was News Of The World. It’s a great album with classic songs on, like We Are The Champions and We Will Rock You.

Fortunately I don’t sing in the shower as I really can’t sing, or so the family keep telling me. If I did it would probably be Mad World.

Barry Manilow’s Copacabana. I’m not sure why it’s a guilty secret but I think this is the first time I have ever publicly admitted to quite liking Barry.

The Birdie Song by The Tweets. It still drives me mad to this day!

Dexys Midnight Runners’ Come on Eileen. It is impossible not to get up and dance to this. Mind you, I do need to sit back down afterwards as there is a lot of jumping around.

If I Could by Jack Jones. It’s a song all about being able to give a good friend more time.

Letter From America by The Proclaimers. I saw the film Sunshine On Leith over Christmas and had forgotten how good they are.

Space Oddity by David Bowie. I was in The Swan pub in Glasgow with a group of mates, we were 18 honest! Some of us enjoyed dressing in odd outfits of the time and a good time was had by all. This song will always be a classic.