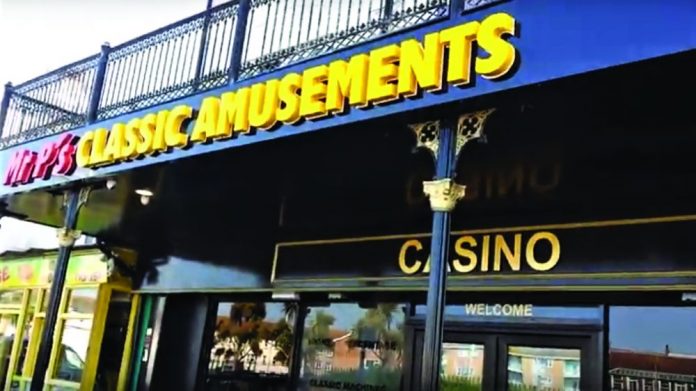 After a turbulent start to 2019, Mr P’s is aiming for “calmer seas” in 2020, with the operator’s Bognor Regis FEC picking up steam in the summer and building an engaged fanbase to keep it ticking along through the colder months.

Mr P’s first year at the seaside has been a “very long learning curve,’’ according to the operator, who shared a Christmas Message on Facebook detailing the Bognor Regis FEC’s progress since it’s launch on 16th March 2019.

Previously focusing on AGCs, Mr P’s quickly learned that by the coast, it must provide entertainment for all the family, with the operator planning to further reinforce is family-focused operator this February.

“It has been a very long learning curve and long winding road for tuning the arcade and establishing what we need and what we want in the arcade in-keeping with our ‘no tickets’ format,” the operator explained. “From the beginning we realised that our family side was ‘weak’ with little for families, and throughout the year we have excelled with increasing this offering and brought many new games with unique concepts too. We have by no means finished yet and we have already got more nice games lined up for end of Feb.”

After launching, Easter gave Mr P’s its first chance to make a strong first impression on visitors to Bognor Regis, but it wasn’t till the first half term week in May that the operator received its first insight to the power of the holidays and “just how mental the arcade could get”.

“It was very encouraging to see that we had got our concept through to so many people, especially with the token aspect rather than the ticket machines that we had decided not to operate,” continued Mr P’s. “This was the springboard that we needed, not just to cement our continued belief but I guess a much needed tonic for ourselves that we weren’t heading in the wrong direction with presenting our idea and creative concept.”

After a “crazy summer” and an increase to its family offer, Mr P’s believe the venue has created quite a fan base. However, winter was coming, and the operator had been warned to expect an extreme downturn in business.

“We thought and was warned that winter in Bognor was bleak and extremely quiet,” Mr P’s said. “Up until November especially we were still quite busy, and reflecting on December we have still kept the momentum of a busy winter, OK with nothing to compare it to, but we certainly feel it has been nice.”

The operator wants to push this momentum right into next year, looking to maintain expansion as Mr P’s continues to create its legacy.

“The growth of the brand is happening because we are clear cut fair, highest percentages in the country, classic and rarest machines possibly on the globe. This is why we need to share this history and amazing collection,” concluded the operator. “I took some personal inspiration from Haynes car museum. I am not interested in cars in the slightest but we went there to collect some amusement machines and witnessed what I can only describe as the most amazing collection of cars you could imagine, all in pristine collection. Mr Hayne may no longer be alive, but the legacy of him and his love lives on, and this is what we need to do.”