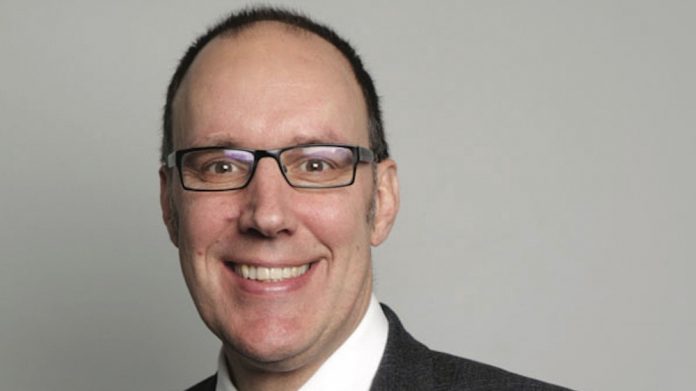 Over the past decade, restrictive technical standards and prohibitive regulations having been holding the industry’s innovators back. This year, however, Bacta will be setting its sights on fostering fresh thinking by returning to its Innovation Road Map and pushing for a rewrite of technical standards, according to Bacta CEO John White.

In the first weeks of a new decade, it’s a time for reflection on the highs and lows over the past ten years. The industry has had its fair share of knockbacks and successes in that time, but according to John White, CEO of Bacta, the future of the sector hinges on one word: innovation.

“We already have some ideas about what we would like to see in the coming year,” he told Coinslot. “These have been widely publicised but can best be summarised by the word ‘innovation’. The industry desperately needs the ability to develop new games that appeal to current and new customers.

“Some of this can come through regulatory change but much can come through a rewrite of the machine technical standards to ones which are based on principles rather than very precise descriptions of permissible features in the current set of Standards.”

With the new government pledging to conduct a review of the Gambling Act, regulatory change could well be on the cards in the coming months. In preparation, Bacta has been revisiting its Innovation Road Map and making the positive case for the amusements sector while highlighting its extensive social responsibility agenda.

“It is vitally important to emphasise that with every change there must be a very clear analysis of what player protection measures may or may not be required to accompany them,” explained White.

“We would like to work with the Commission and DCMS to find a way to allow innovation to be legally tested prior to any changes being made. This would provide real data not just on the technological or commercial realities of a product, but also allow us to properly assess the player protections measures that accompany them.”

The extent of the changes that could be made to the Gambling Act of 2005 is, as yet, unclear, but in White’s view, the chance to revise regulation represents as much of an opportunity as a threat. With politicians and media heavily focused on the activities of online firms, it is likely that any amendments to the Act will be intended to curb malpractice in the online sphere – but Bacta will nonetheless be working proactively to head off any focus on the amusements sector.

“We have to spot political dangers and respond appropriately,” said White. “This is what Bacta did by introducing a new Code of Conduct rule for members that prevents under 16s playing on cash-payout fruit machines unless accompanied by an adult. Buttressing all our good work on Social Responsibility with enhancements such as this will stand us in good stead.”

Meanwhile, the trade association has been working hard to maximise its resources and forge helpful connections with bodies such as the CBI and Tourism Alliance whose members share similar interests.

“Our job on some of these broader issues is to be effective at influencing these influencers – and we do,” explained White. “For example, the recent Tourism Alliance manifesto reflected the aims of Bacta’s Siding with the Seaside campaign. With the CBI we influence the broader business agenda such as on rates reform which, if done correctly, could provide a real benefit to all Bacta members.”

Relations with another important body – the Gambling Commission – haven’t always been as easy, but White describes the current relationship with the GC as “more open and constructive than it has been in a while”.

Nevertheless, there remain some key disagreements around the way officials have enforced the Gambling Act, with the Commission generally opting to define everyone as ‘vulnerable’ when it comes to gambling. In White’s view, extending the definition of the term outside of those who it was meant to refer to – such as children and those with alcohol and drug issues – is part of the Commission’s tendency towards regulatory creep.

“At a strategic level, I think the Commission has got some major issues it needs to address,” he said. “There is deep frustration across many stakeholders over its seeming inability to act on what many would see as obvious and egregious failings in the Gambling Act. For example, their view Loot Boxes do not constitute gambling and the way the issue of FOBTs was dodged for so long, whether justifiable or not, were seen as symptomatic of a Commission out of touch and focusing on the wrong things.”

Next year, however, there is a sense of positivity in the air, and the hope that some of the regulatory issues could finally be ironed out, giving the industry’s best and brightest a chance to breathe again and do what they do best: innovation.

“This industry has been innovating for decades within the constraints of the various pieces of legislation under which we have operated,” said White. “And whilst there is a need for change there is no complacency among the members I speak to. The investment in premises and product continues apace and according to the latest GC figures seems to be paying dividends.”