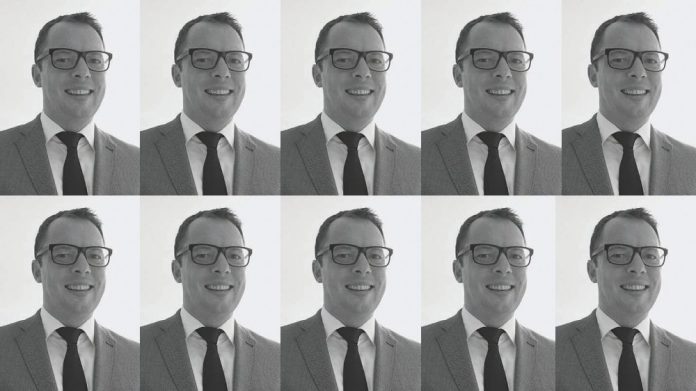 After Hazel Evans’ nostalgia trip back to the 90s, it’s clear that the decade is back in fashion as Chris Tulloch, Managing Director of Blind Tiger Inns, heads back to the era of Britpop this week. From the ubiquitousness of Michael Jackson’s Bad, to the birth of Oasis, and, of course, the dulcet tones of John Aldridge, Steve McMahon and the rest of Liverpool F.C as the 90s saw the Red Machine in Full Effect…

Chris has worked in the industry for more than 13 years having begun his career at Sceptre Leisure, which has since re-branded to Regal Gaming & Leisure, working with amusement and gaming machines at pub sites across the UK. With his role as machine operator moving into pub site management, Chris bought out a number of pub assets and launched Blind Tiger Inn Group in 2017. The brand started out with 10 pubs across the North West and Midlands and by early 2020 will have expanded to 18 venues which each deliver their own personality, history and trading style.

Karma Chameleon by Culture Club. It was my sister’s fault, she would play Culture Club and Boy George constantly when I was young.

It was all about Oasis at my school in Chorley and Roll With It was the song I remember most with my group of mates. They were the first band I saw live at The Heineken Festival in Preston back in 1994.

Anfield Rap by Liverpool F.C. I was all excited for the 1998 FA Cup Final against Wimbledon only to be disappointed on the day.

It was Michael Jackson’s Bad on cassette. I think it was just a given that you bought this album at that time, everyone had it.

It’s mainly football songs for me in the shower, much to the annoyance of everybody else! Only Liverpool songs though, I won’t be singing I’m Forever Blowing Bubbles.

Literally anything by Little Mix. You can’t go wrong with a little bit of Little Mix, they’re great for that feelgood factor in the office.

See You Later Alligator by Bill Haley and His Comets. I think this speaks for itself, I’d prefer to go off with a smile than have people crying.

Club Tropicana by Wham. I think it’s the law to dance to this, isn’t it? Also, if you’re really drunk, you can still dance in time!

Blue Moon. The Man City fans have spoiled it. So many great artists have sung it but it’s ruined forever now.

Weekend In Paradise by Jamie Webster. I travel a lot for work and this was playing in the car just before I did this.

The Twist by Chubby Checker. I distinctly remember being at Chorley Rugby Club and playing this on an old vinyl juke. I’m pretty sure I wasn’t of drinking age at the time! We still have a classic style vinyl Beatles themed jukebox from Sound Leisure at one of our sites and all the money goes to a local homeless charity so I still pay for songs on jukes a lot. My Beatles song of choice? Well it’s got to be Hey Jude.

Call now to find out about the latest TouchTunes jukebox deals or to arrange a demo, simply contact Toby Hoyte on 07970 229124.

Also, if you’d like to share your musical memories and feature in an upcoming MyTouchTunes, call Toby or email: toby@soundnet.net