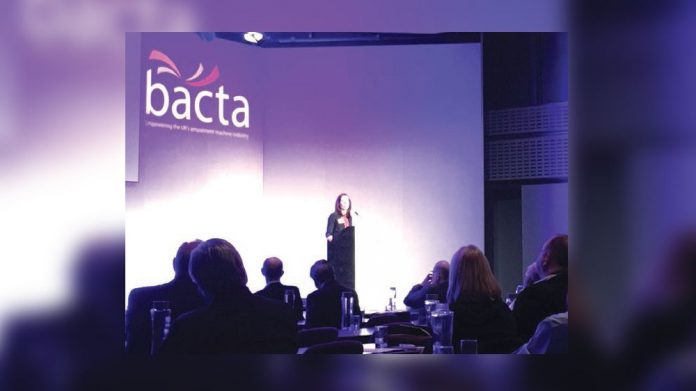 As 2020 approached, bringing the promise of further political and regulatory upheaval, Interel’s deputy managing partner Katherine Morgan hailed just how much the industry has driven significant change during 2019, and what may lie ahead for the next year.

With 2019 proving a significant year for developments in gambling regulation, deputy managing partner for Interel, Katherine Morgan, hailed Bacta’s role in driving positive change for the industry in both perception and policy.

Looking ahead to 2020, the public affairs consultant outlined what may be in store following recent recommendations from the Gambling Harm APPG, the House of Lords gambling select committee, and a new government.

“It’s been another really extraordinary year in British politics,” said Morgan. “But in addition to a lot going on in the political world, there’s also been a lot going on in gambling policy, and Bacta, of course, has been very active in this area.”

Pinpointing the April FOBT stake cap as one of the most considerable legislative landmarks of the year, Morgan highlighted the reformation of the Gambling Related Harm APPG, chaired by Carolyn Harris MP, and its recent online-focused recommendations.

“These recommendations are not statutory, but they do help to keep gambling on the agenda. They recommended there should be stakes and prize limits online, in the same way as the AGCs, and there should be parity between the games content on land and online. That was a big shock to the online industry.”

“The APPG also recommended big changes to the Gambling Commission, that credit cards should be banned online, that there needs to be a more responsible approach to advertising, and – something that Bacta has strongly supported – there should be smart levy to support research, education and treatment. Those that harm the most, pay the most.”

With the House of Lords setting up a select committee to investigate the social and economic impact of gambling, Morgan flagged how Bacta’s own John White and Jason Frost met with the committee to explain Cat D machines to the peers, particularly the difference between reel-based and non-reel-based, and launch Bacta’s new No Under 16s stickers.

That continued discussion with government has helped see the establishment of the Tourism Sector Implementation Plan, as well as the inclusion of plans for a new Gambling Act within the next parliament in both Labour and Conservative manifestos.

“This could be a once in a generation chance to get new legislation in this area,” said Morgan. “It is an opportunity to be clear about what Bacta want. This is our chance maybe for the next ten years.”