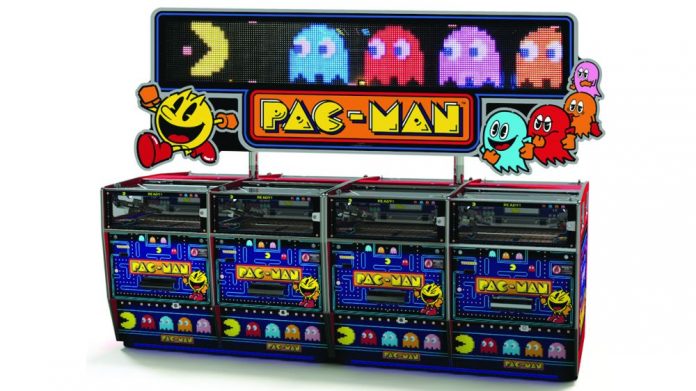 If you doubted the positioning of the UK FEC market within a US global gaming and betting giant, think again. Inspired has been, well, inspired by the prospects for its new acquisition, Bulldog, the country’s newest and top-performing redemption company.

The IAPPA Conference and Expo was the perfect event for Bulldog’s new owners, Inspired Entertainment, to make its first foray into the British amusement market. Inspired’s Executive Chairman, Lorne Weil, and Chief Operating Officer and President Brooks Pierce took to the IAPPA floor in Orlando to talk with clients about their new leisure enterprise.

The two-day tour was full of meets and greets, and delivered a clear message: Bulldog is here to stay.

Ian Shreeve, who has been guiding Bulldog’s new owners through the workings of the UK amusement operation, joined a delegation including senior representatives from Playnation, Inspired’s newly acquired leisure operator, at IAPPA. He shepherded Weil and Pierce through a marketplace enthusiastic about meeting the people behind Inspired.

“It was a very energizing week,” Shreeve said. “Our customers responded very positively to Lorne and Brooks, and the exchanges were extremely proactive. What was interesting, especially from our perspective, was that Bulldog emerged as one of the highlights of the show despite not having anything on display.”

Not in a physical sense, perhaps, but the presence and confidence conveyed by the Inspired delegation were major boosts to Bulldog’s standing as a redemption giant in the making.

Bulldog’s operation has already made a significant impact in the market during its two years of operation. In 2019 it managed to claim three of the top redemption performers of the year, with Monopoly, Pac Man and the four-player Cops n Robbers taking the FEC market “by storm”. That momentum is expected to continue, given the enthusiasm the Inspired team showed at IAPPA.

“The business has a track record,” Shreeve said. “Bulldog has delivered two years of top performance. Deal or No Deal, Monopoly, Pac Man, Cops n Robbers have all made their mark, and operators in the UK can see exactly what they can get from their investments. And there’s more coming in the new year. We have a new major launch at EAG and more video redemption pieces heading into the market at ExCel. We are stepping up the activity.”

How does a British redemption product fit into Inspired’s global gaming world?

“We always knew that Bulldog manufactured an impressive range, and the feedback from the industry confirms that,” Shreeve said. “But what has been exciting is the enthusiasm that Inspired has shown for the genre. They’ve been energized by Bulldog. It might be a new market for them, but it’s not a new model. They’ve seen new possibilities for Bulldog that are really exciting. New export markets around the world, an entry into the US arena – they like growing products.”

The Bulldog story continues, with new energy and new inspiration.