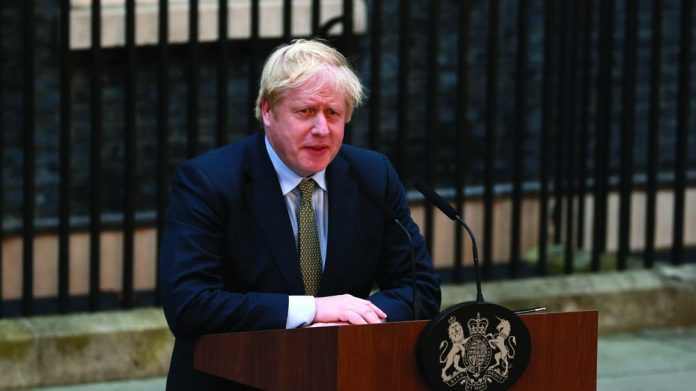 A Conservative majority will no doubt be good for Britain’s small businesses, says Bacta’s John White – but Brexit will still have to be dealt with first. The industry gets ready for a new phase of political mobilisation.

Boris Johnson’s victory in the general election, which saw the Conservative party win its largest majority in a generation, was greeted with cautious optimism by Bacta: with the trade association’s chief executive John White noting that the party is “generally seen as being more pro-business than Labour.” Still, White envisioned limited opportunity for agenda advancement in the short-term, asserting instead that “as it has been for the past three years, it’s likely that the next 12 months will again be dominated by Brexit.”

It would be fair to say that there remains consternation for industries in the gaming and leisure sectors on this blockage. White explained: “If Brexit continues to absorb governmental capacity in the same way it has to date there is likely to be a continuing slow motion pace to the implementation of all manifesto promises.”

And Bacta has its eye on some welcome offerings from the Johnson era. “We are all in favour of sensible business policies and fiscal incentives that drive investment such as 100 per cent capital allowances and responsible levels of corporation tax…[whilst] a review of the rating system can’t come soon enough.”

But whilst Bacta is realistic as to the priorities of government in the coming months, that doesn’t mean it will be resting on its laurels when it comes to engagement with lawmakers. On the contrary, the association is believed to have met with senior DCMS staff this week on the very subject of legislation changes, an encounter that suggests both parties are particularly conscious of moving things forward.

And the trade association has also been swift to extend the hand of friendship to those arriving in Westminster. “We have already written to relevant new MPs congratulating them on their victory and setting out a broad introduction to Bacta,” confirmed White. “A re-acquaintance with existing MPs we know is also part of the engagement program. We will be meeting the new secretary of state and their team as soon as those appointments have been confirmed which should be any day now since the previous incumbent didn’t stand for election. We will also be making a budget submission specifically for our industry on the taxation of SWPs – seeking a five per cent rate.”

When it comes to the bigger picture, meanwhile, White described a two-fold strategy in dealing the new Conservative government.

“Firstly, we’ll continue with our excellent siding with the seaside campaign to demonstrate that our sector is not part of the hard gambling sector that has generated the negative narrative which has washed over us,” he told Coinslot. “Secondly, we want to ensure we are on the front foot ready for any changes to the Gambling Act, something the Tory manifesto committed to examine.”