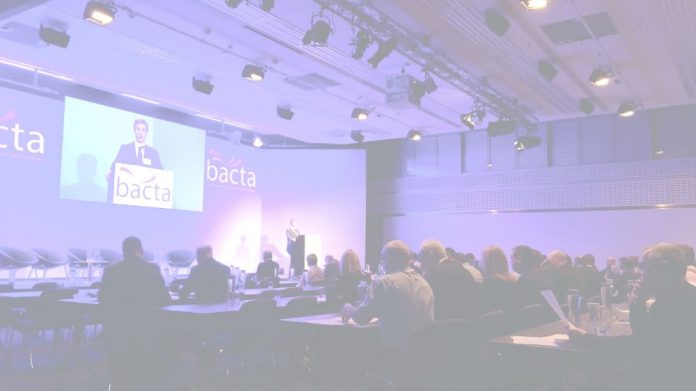 Last month’s AGM saw Bacta’s four divisions receive their yearly injection of fresh perspectives in the form of new committee members, with CEO John White outlining the work done to benefit each sector over the last year, as well as the hurdles yet to be jumped.

Bacta members across all four divisions elected 18 new faces to the committee at last month’s AGM, adding fresh perspectives to the trade body as it continues to navigate the various challenges facing the industry.

This year, Division 1 elected Bill Peak Snr of Mitonsede Ltd, David Cain of Cain’s Amusements, Bronson Taylor of Taylor Made Fun, and Andy Tipple of Praesepe, all of whom will now have a hand in shaping the association’s vision and strategy for the FEC sector for the next three years – such as promoting it’s spirit of ‘Fun’.

Speaking to Coinslot, Bacta CEO John White explained that Bacta has been busy over summer speaking with politicians about the value of the seaside sector as well as establishing its economic contributions with help from the Centre for Economics and Business Research (CEBR). There was also the recent implementation of a rule requiring the trade body’s FEC operators to have a policy on no under 16’s playing cash reel-based Cat D machines in their venues unless accompanied by an adult.

“Bacta’s seaside campaign in parliament over this summer will continue into the new year with a whole new crock of MPs to speak to,” said White. “We are also seeing a surprising demand from arcades when it comes to our YALP contactless payment solution, which will be launched at EAG.”

The first and foremost beneficiary of YALP, however, will be the trade body’s single site operators, Division 2. At the AGM, members elected Paul Conway and Rob Hill of Kossway Ltd, Chris Haley of Dransfields, and Jason Jarret of Automatic Machine Services. Over the next three years they will add their knowledge and expertise to Bacta’s strategy for pub and club machines.

“The development of the YALP, which will be launched at EAG, will be of particular benefit to single site operators in the first instance. That’s where we see the absence of cash most acutely, and obviously we want to give players the opportunity to pay with all the forms with which they choose to do so,” continued White, adding: “With potential regulatory changes on the horizon from whichever party wins the next election, Bacta is engaging politicians so that when the time comes the relevant people will be informed about the value of the industry and the changes we need to maintain that value.”

While the pub environment has been under scrutiny in recent months, perhaps the most scrutinised environment of all is the AGC, covered by Bacta’s Division 3. It’s committee for the next three years will include Billy Edwards of Kingston Leisure, Shaun Hooper of Luxury Leisure, Amanda Kiernan of Praesepe, and Mark McGuiness of Namco, all of whom will be contributing to Bacta’s efforts to reestablish the narrative on the amusement machine industry.

“The whole debate around gambling has been dominated by FOBTs over the last few years, and is now dominated by online,” said White. “It is particularly negative and toxic, which is why we need to get out from underneath it and establish our own narrative.”

With promises of gambling reform by messrs Johnson and Corbyn, the Division 3 committee will influence the decision on how to face potential challenges such as mandatory player tracking. They will also, along with the rest of the committee members, be in a position to push for positive shifts regarding machines and their technical standards should the opportunity arise.

Coming from the manufacturer and supplier side of the industry, committee members of Division 4 have an entirely different perspective to add. At the AGM, members elected Mark Horwood and Jonathan Lauder of UDC Ltd, Steve D’Arcy of Sega Amusements Europe Ltd, and Simon McCarthy of Betcom on three year terms, and Tom Clarke of JNC and Mat Ingram of Reflex Gaming on two year terms. It will be their job, among others, to ensure the aspirations of the three other divisions are commercially and technically possible – such as the B5 machine contained in the trade body’s submission to the latest triennial review, which White confirmed Bacta would continue to pursue should the chance come in 2020.