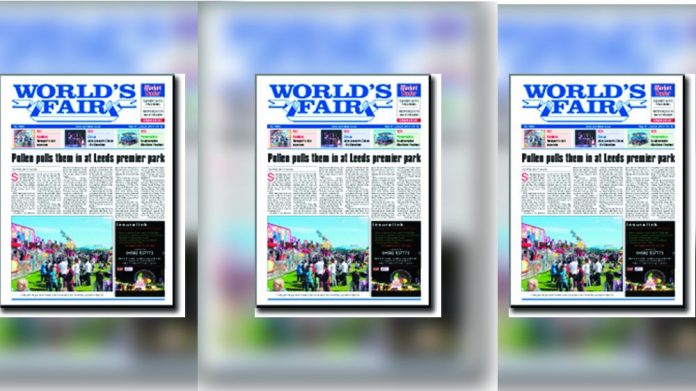 World’s Fair, the publication first established in 1904 to connect the UK’s travelling showman community, has gone into administration.

The Oldham-based firm is well-known within the industry producing Market Trader, Facilities Management UK, Football and Stadium Management, and IS Opportunities alongside WF, and also as the original founder of Coinslot.

“The company had contracted as the industry it served contracted,” reports confirmed, with local media colleagues Intergame noting that it understood: “One of the primary factors in the failure of WF was technology.”

“The introduction of mobile telephones and subsequently social media weakened the publication’s position.” World’s Fair is run by Paul and Lynne Whatmore, members of the family that began the publication 115 years ago, with the weekly magazine also covering industries such as travelling circuses, magic, traction engines and theme parks.

A key feature of World’s Fair was its close knit advertising reach, detailing fairground rides for sale, grounds to let, Showmen’s Guild and other business notices, as well as social and personal advertisements for showmen.

With a circulation of 27,000, and distribution outlets which included high street newsagents such Smiths, World’s Fair expanded its portfolio with the launch of Coinslot, which first emerged as a magazine in the 1960s, in recognition of the move by many showmen toward setting up permanent arcades and fairs in seaside resorts around the UK.

After selling Coinslot at the turn of the millennium to Bacta, from which it moved to Clarion and then to GB Media, World’s Fair remained focused on its existing titles until its recent decision to enter administration.