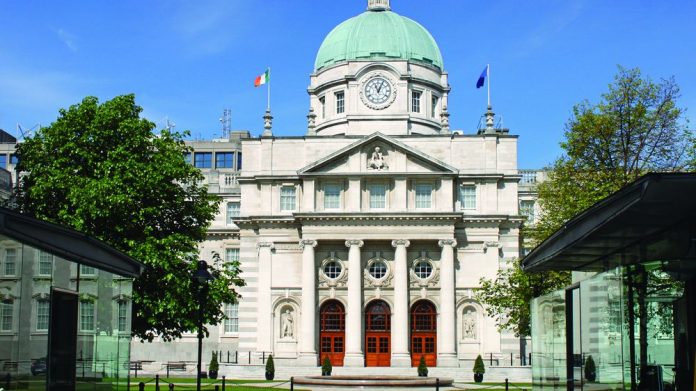 Irish lawmakers have ceded to the concerns of bingo operators when it comes to prize payouts – with new legislation no longer meaning smaller prizes.

The government in the Republic of Ireland has bowed to public pressure and amended its new Gaming and Lotteries Bill, an earlier draft of which critics feared could put bingo halls out of business throughout the free state.

Last week bingo operators and stakeholders in Dublin protested the original terms of the new draft legislation, the terms of which would have reduced the maximum amount of prize payout to 50 per cent of any one game’s taking (down from a long-established precedent of 75 per cent). Operators said that the marked step down in prizes would render the Irish sector effectively impotent, with the risk of players feeling like the potential jackpot wasn’t worth the buy in.

Such was the sense of injustice amongst Irish bingo stakeholders, that several protest sit-ins took place at the offices of senior Irish parliamentarians (Teachta Dálala or TDs) on Monday, whilst Tuesday saw a pro-bingo crowd gather outside the Dáil – Ireland’s seat of government – to further vent their fury.

And for once, it seems, their voices were heard – with Sinn Féin making a last minute amendment to the G&L Bill to fix the prize percentage discrepancy.

Independent TD Dennis Naughten celebrated word of the amendment, claiming that it was “what bingo players have been looking for.”

“All of us as TDs have been contacted by organisers and bingo players across the country,” he remarked. “We are now back to a situation where whatever was the usual that was given out can continue to be given out in community halls right across this country.”

“It has now changed to 75 per cent where the prize money is in excess of €5,000,” Naughten added. “Where the prize money is less than that the current rules continue to apply. This is a very positive development and it is great to see all of the TDs from all the political parties in Dáil Eireann unite to get this particular proposal over the line.”

THE PLAYERS SPEAK OUT

Politicians in the Republic of Ireland continue to strive to get their house in order by way of the long-neglected modernisation of gambling legislation: but stakeholders in the country’s bingo halls are concerned that the passing of a new bill later this week could effectively put them out of business.

Hall operators loudly protested the new stipulation that bingo prize pay-outs must not exceed 50 per cent of game proceeds – a marked climb-down from the current framework which permits players to walk away with as much as 85 per cent of the pot.

To that end, Ireland’s Bingo Players Association has said that the new law would massively dis-incentivise bingo participation, with players disappointed as to significantly reduced prize money. “Nobody plays a game where they lose half of their money before they even play,” a spokesperson for the group remarked.

And make no mistake – Irish bingo players and operators alike were seriously miffed. Monday saw a number of pro-bingo protesters stage sit-ins at the offices of prominent lawmakers, as an online petition launched by the IBPA has already gained over 1,000 signatures. Meanwhile, several buses of placard-waving bingo protesters arrived outside the Dáil in Dublin to further give vent to their anger.

“We need everyone who loves bingo to turn out and get behind our campaign… We have less than 48 hours before Leo Varadkar and his out-of-touch Government introduce this legislation and shut down every bingo hall in Ireland.”