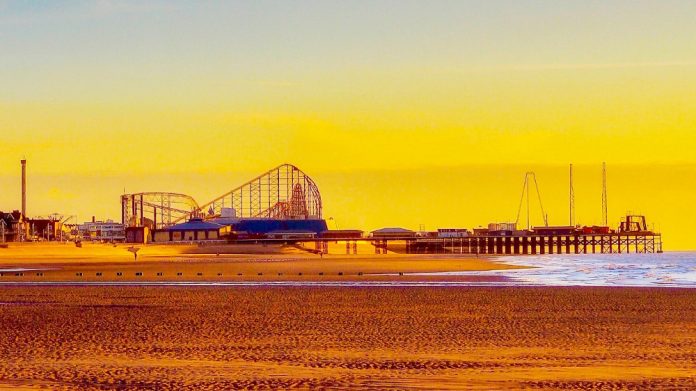 The log flume ride on the Prom by Blackpool’s South Pier will shortly be no more – after an appeal to the UK Planning Inspectorate fell on deaf ears.

The operator of Blackpool’s South Pier has been forced to dismantle one of his main attractions, following a planning permission conflict which went before UK government officials.

Peter Sedgwick, who owns and operates all three of the pleasure piers in the famous Lancashire resort, had initially obtained the go-ahead from town planners to temporarily re-locate and operate the South Pier’s log flume on the promenade whilst repair work was undertaken at the ride’s original location. Planners refused to extend the 18 month permit when it expired last September, leading Sedgwick to lodge an appeal with the UK Planning Inspectorate – hoping for an intervention from Westminster.

But last week saw planning inspector David Storrie dismiss Sedgwick’s appeal, on the apparent grounds that the promenade has never been an area permissive of long-term funfair rides.

“Having regard to the above, [the] adopted policy is not supportive of the proposed development as it does not fall within a location that would allow funfair rides,” Storrie commented in his assessment. “Furthermore, the design of the development falls below that expected in an area where there has been significant investment in upgrading the promenade.”

Sedgwick himself has spoken of his disappointment at the Inspectorate’s decision, and suggested that it will mean that the log flume will have to be dismantled.

“I think it’s a shame that the pier is losing the log flume,” he told the Blackpool Gazette. “It was a good attraction and it was helping improve the visitor numbers to South Pier and the Promenade as well.”

For its own part, Blackpool Council had claimed that its naysaying of the flume’s new location was on the grounds that it “would detract from the character and appearance of the Prom.” Sedgwick, however, isn’t convinced: and has pointed to the Pleasure Beach’s opposition to the ride’s repositioning as the more likely impetus.

“The council does appear to favour Blackpool Pleasure Beach,” he remarked. “The log flume is being removed immediately however the piers need every penny they can get to keep them from falling into the sea.”