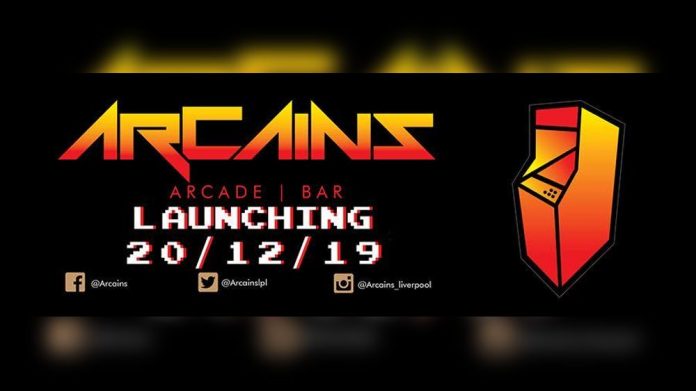 The man behind ArCains, one of the UK’s largest independent amusement arcades, claims business will be an asset to Liverpool’s ultra-cool Baltic Triangle.

The site of an old brewery in one of Liverpool’s hippest areas is set to become what may well be one of Europe’s largest ever amusement arcades.

The old Cains Brewery has long formed a prominent part of the city’s Baltic Triangle area, a former industrial neighbourhood now home to a whole bevvy of hipster bars, restaurants and cafes.

The brewery space itself is currently undergoing extensive renovation and refurbishment for what is thought likely to be the December launch of ArCains: a vast (and as yet still relatively mysterious) new amusements venture from regional investor Andrew Mikhail, whose development firm MHALG has already ploughed cash into the opening of Liverpool’s largest Irish pub Pinch Tarmey’s, which sits directly adjacent. Mikhail has had previous success elsewhere in Merseyside, after taking over and relaunching both the Bold Hotel and Lord Street Hotel in the nearby coastal resort-town of Southport.

“The Brewery Village is being restored back to its former glory and I am proud that MHALG has a major part to play in that,” Mikhail remarked as to the upcoming launch of his latest entertainment prospect. “We have invested some serious time into making ArCains a great part of Liverpool, with tributes paid to the city throughout the arcade.”

Beyond this, little is known as to the specific make-up of the machines due to be on offer to ArCains patrons, with the venue’s newly-appointed general manager Ian Aspinall confirming only that there will be “hundreds of machines” spread across the building’s three floors.

“I have been a huge gamer from a very young age so when the opportunity arose to be involved with ArCains, well of course I took it,” he said. “There are state of the art gaming PC’s, pinball machines, consoles and of course arcades…but I can’t say much more than that, you’ll have to come and see for yourselves.”